Anyone convicted of a sexual offence now RISKS being stripped of their honour, regardless of the sentence they receive, they have also said. 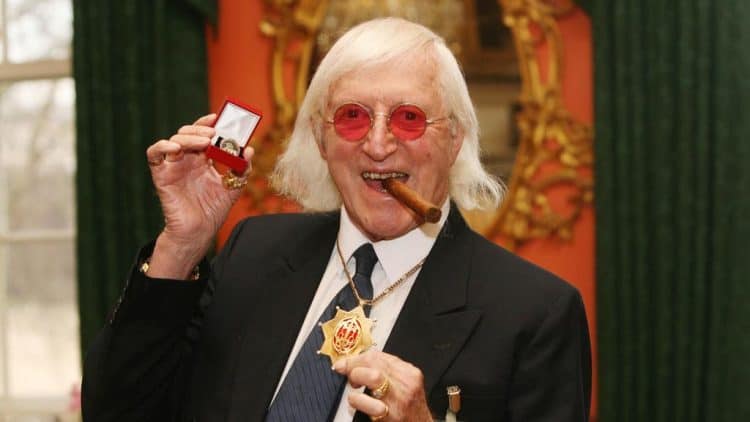 Serial sex offenders Jimmy Savile and Cyril Smith would have been stripped of their knighthoods had their predatory behaviour been exposed in their lifetimes, the Honours Forfeiture Committee has said.

The committee said on Thursday it will now issue a statement saying forfeiture proceedings would have been initiated against an honours recipient if credible allegations are made against them within 10 years of their deaths.

Savile and Smith are the first subjects of the new policy.

A statement regarding Savile issued in the London Gazette, the official record of Government business, referred to the Director of Public Prosecution’s finding that he should have been prosecuted in his lifetime.

It said: “The Forfeiture Committee can confirm that had James Wilson Vincent Savile been convicted of the crimes of which he is accused, forfeiture proceedings would have commenced.”

In a statement about Smith, the Forfeiture Committee noted Greater Manchester Police’s conclusion that there was “overwhelming evidence” the politician had sexually and physically abused young boys.

“The Forfeiture Committee can confirm that had Cyril Smith been convicted of the crimes of which he is accused, forfeiture proceedings would have commenced,” it said.

Orders of chivalry are a “living order”, meaning the honour falls away upon a person’s death and therefore cannot be removed posthumously.

But the scale of the abuse by both Smith and Savile prompted the Forfeiture Committee to change its policy to make it clear deceased recipients would have lost their honours if they had been exposed in their lifetime.

Former deputy cabinet secretary Helen MacNamara even gave evidence to the long-running Independent Child Sexual Abuse Inquiry in March 2019 about orders of chivalry given to abusers.

Her evidence covered calls from the public to have some mechanism of removing honours from deceased individuals.

Under the change of policy, the Forfeiture Committee will issue a statement when the allegation of criminal behaviour is made within a decade of a person’s death.

The crime must also be reported to the police and the police must make the decision that the allegation is so serious it warrants taking a full witness statement must be taken from the accuser.

Anyone convicted of a sexual offence now risks being stripped of their honour, regardless of the sentence they receive.

Honourees unfit to stand trial but who are found to have committed such an offence in a “trial of the facts” could also be kicked out of an order of chivalry.

Related: Recap: Thatcher’s British Rail advert that got canned over suspicions Jimmy Savile was a necrophiliac