Priti Patel is resisting the move, fearing it's part of an attempted return to freedom of movement. 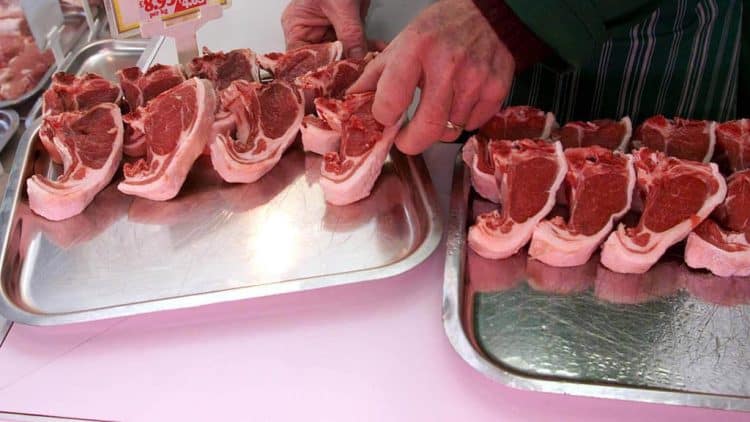 Looks like meat is off the menu, boys. Britain is facing a shortage of butchers, sparking warnings that pigs in blankets, hams and festive party favourites will be scarce this Christmas.

Ministers are discussing plans to ease visa restrictions to let up to 1,000 foreign butchers into the country – but Priti Patel is reportedly resisting the move, citing concerns it is part of a wider push to return to free movement.

The British Meat Processors Association believes the industry is short 15,000 workers, forcing it to focus on basic tasks like keeping supermarket shelves stocked with simple cuts.

A spokeswoman for the trade group told The Times: “We’ve been managing to keep food supplies rolling, day to day, but we really should have been producing Christmas food from about June or July onwards this year and so far we haven’t been so there’ll be shortages of party foods and things like pigs in blankets.

“Anything that is labour intensive work could see shortages.”

Anyone want to be a butcher?

The association said it was trying to recruit British workers but, even with higher wages, few want to work in the industry. A fully-trained butcher can earn up to £37,000, and it takes 18 months to train.

Butchers are considered skilled workers under the UK’s points-based migration system – and ministers are considering relaxing a requirement that they should speak a good level of English so more can come to the UK.

But Patel, the home secretary, is reportedly worried that businesses are trying to chip away at Britain’s new post-Brexit migration system. “We’re not going to return to freedom of movement by incrementally adding every sector to the points-based immigration,” a government source told The Times.

The National Farmers Union is warning that the shortage of butchers could mean 150,000 pigs have to be culled in the next ten days. It is calling for emergency visas to be issued for foreign butchers.

Meanwhile motorists could face another “week or so” of long queues at the filling stations as demand for petrol remains strong, a minister has warned.

Policing minister Kit Malthouse said there needs to be an “improvement” in the situation in the coming days and that Boris Johnson stands ready to review matters if there is any deterioration.

His downbeat assessment contrasted sharply with comments by other ministers in recent days that the situation would swiftly return to normal as drivers resumed their usual buying patterns.

It follows a warning by the Petrol Retailers Association that filling stations were running out of fuel faster than they could be resupplied, with one in four forecourts having run dry.

Malthouse told the BBC Radio 4 Today programme: “We are still seeing strong demand in parts of the country around fuel. The distribution mechanism is trying to respond to this unprecedented demand.

“My latest briefing is that the situation is stabilising, that we are seeing more forecourts with a greater supply of fuel and hopefully that, as demand and supply come better into balance over the next few days, week or so, that we will see a return to normality.

“I think if things started to deteriorate further, obviously the Prime Minister and the Secretary of State for Energy, whose responsibility this is, will have to review the situation.”

Related: That many! Four per cent of UK people think Brexit has gone ‘very well’