"Welcome to the UK, where we are without leadership, guidance or support, in the middle of a deadly national crisis," actor David Schneider has said. 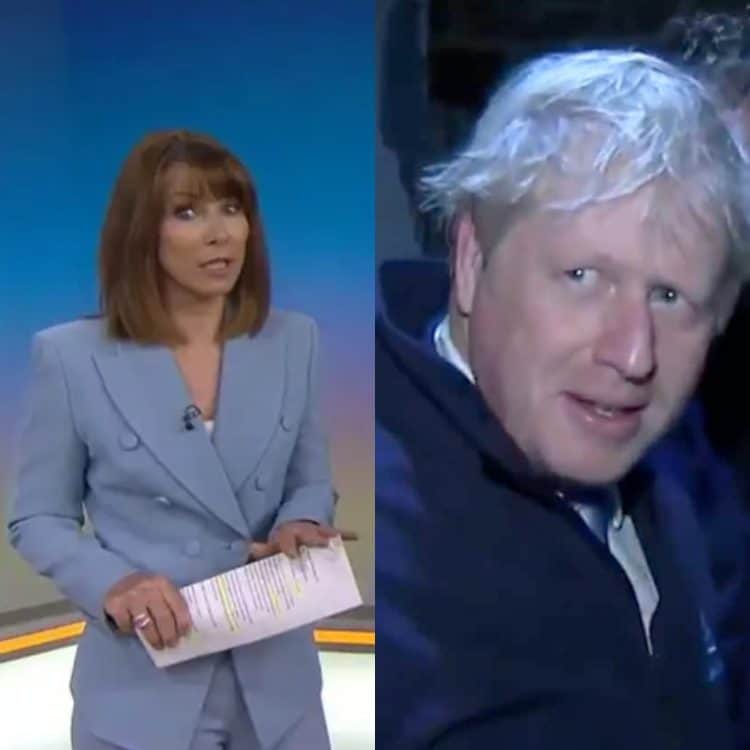 Left to right: Sky News presenter Kay Burley and Boris Johnson hiding from journalists in a fridge before the 2019 elections. Photos: PA/GMB

No minister was available for clarification on whether people can go ahead with their plans for Christmas and holidays today.

She said: “After saying they reserved the right to bring in further measures, what impact will that have on our plans for celebrations and holidays. The head of the World Health Organisation calling for people to cancel events in order to save lives.

“We were keen to seek clarification from the government this morning, but there’s no minister available to clear up the confusion for you.”

Actor David Schneider succinctly presented the situation as: “Welcome to the UK, where we are without leadership, guidance or support, in the middle of a deadly national crisis.”

‘Hungover’ from cheese and wine meeting?

Meanwhile, epidemiologist Peter Tennant joked no minister is present because they are “all hungover from a cheese and wine ‘meeting'”.

Tennant was being ironic about the latest revelations related to potential Covid breaches by ministers, this time in May 2020.

A photograph was shared with The Guardian after No 10 denied there was a social event on 15 May last year, showing Boris Johnson with wine and cheese alongside his wife and up to 17 staff during lockdown.

At the time, social mixing between households was limited to two people, who were only allowed to meet outside and keep a two-metre distance.

But in the photograph, there is a lack of social distancing and 19 people are gathered in groups across the Downing Street terrace and lawn.

Hiding in the fridge?

One Twitter user jokingly suggested that the reason why no minister was available for an interview today was that each minister is hiding in a fridge.

He was referring to prime minister Boris Johnson infamously getting up early to pretend to be a milkman at Greenside Farm Business Park rather than face the hard-edged political questioning of Good Morning Britain in the run-up to the 2019 election – and proceeding to hide in a fridge when seeing journalists at the site.

Tories urged to be ‘accountable for their actions’

Other Twitter users had a go at clarifying the situation. “We reserve the right to bring in further measures in the three days before Christmas, but we’re not going to let anyone tell you what they might be…,” Dave King said.

John Booth added: “There’s no Minister available, this morning, to continue to add to the confusion.”

And Darren B John concluded with a leadership lesson for the Tories: “Only accept a position of responsibility if you are willing to stand by the decisions you take, defend your behaviour or be accountable for your own actions.”

Related: Boris has travelled further than the Earth’s circumference to dodge scrutiny