"A curfew breaker, a hypocrite and the destroyer of our NHS walks into a bar... 'Hello Mr Hancock, what will it be?'" 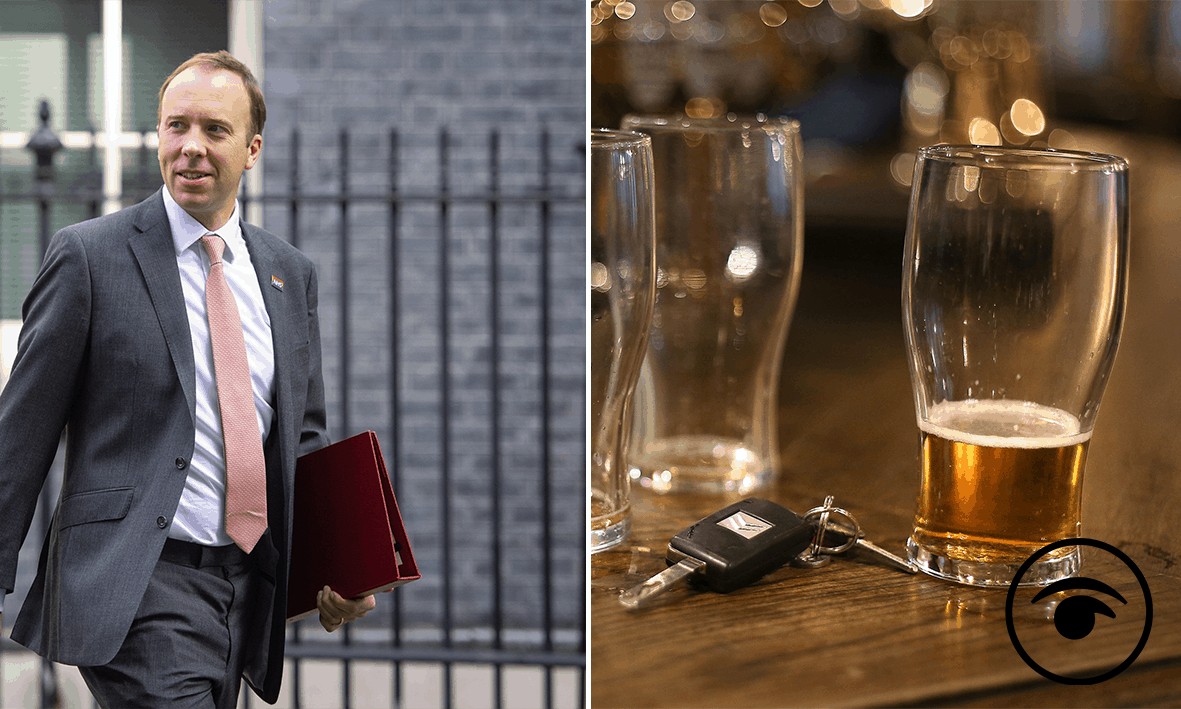 As Drinkers and diners in Liverpool, Newcastle and Manchester are enjoying what could be their last orders this weekend as pubs and restaurants across northern England are widely expected to be told to shut to limit the spread of coronavirus, rumours about Matt Hancock drinking after 10pm further increase anger in the North and across the UK.

It comes amid Government concern that nearly one-third of Covid-19 infections are coming through hospitality settings and follows the start of a 16-day closure of venues across the central belt of Scotland.

Bar staff in Glasgow and Edinburgh locked their doors at 6pm on Friday as the new measures began, with other Scottish venues outside the worst affected areas hit with reduced opening hours and barred from selling alcohol indoors.

Council leaders are resisting widely expected restrictions due to be announced by Prime Minister Boris Johnson on Monday which are expected to affect the hospitality industry across large parts of northern England and the Midlands.

The move could see around one in five of all English pubs closed temporarily, with 7,171 pubs located in the north of England out of the country’s 37,616 overall, property adviser Altus Group predicted.

Northern regions are seeing high rates of coronavirus transmission, with evidence presented to MPs by England’s chief medical officer suggesting 30% of infections are coming through hospitality, according to business minister Nadhim Zahawi.

Steve Rotheram, mayor of the Liverpool city region, told Sky News he had been told the area would be placed under Tier 3 measures, the most restrictive form, from next Wednesday and that he was seeking more details from the Government.

According to Altus Group, that would see more than 1,700 pubs and restaurants ordered to shut.

Bars, restaurants and cafes were reportedly packed in Manchester on Friday as revellers sought to enjoy venues before the likely shutdown.

Council leaders in the West of Yorkshire have warned of a “devastating” effect on town and city centres, while the leader of Newcastle Council, Nick Forbes, said a tighter clampdown would be a “travesty of justice” and Gateshead Council leader Martin Gannon said it would be “counter-productive”.

The Government has said it will pay two-thirds of the wages of workers in any businesses forced to close, which was met with mixed reaction.

Mayors from the north of England said the new measures appeared not to go “far enough” to prevent “genuine hardship, job losses and business failure this winter”.

Mr Hancock’s spokesman has insisted allegations in the Mail on Sunday that he stayed drinking in a Commons bar after 10pm were untrue.

The newspaper reported the Hancock arrived at the Commons bar just before a 9.40pm vote, ordered a glass of wine and joked: “The drinks are on me – but Public Health England are in charge of the payment methodology so I will not be paying anything.”

The Health Secretary’s spokesman insisted the minister had not broken curfew rules.

He said: “The proposed timeline of events is false and no rules have been broken.

“The Secretary of State then departed the parliamentary estate to go home.”

There was an outcry on social media at the news.