"Oh god. Hedgehogs will be extinct within a month." 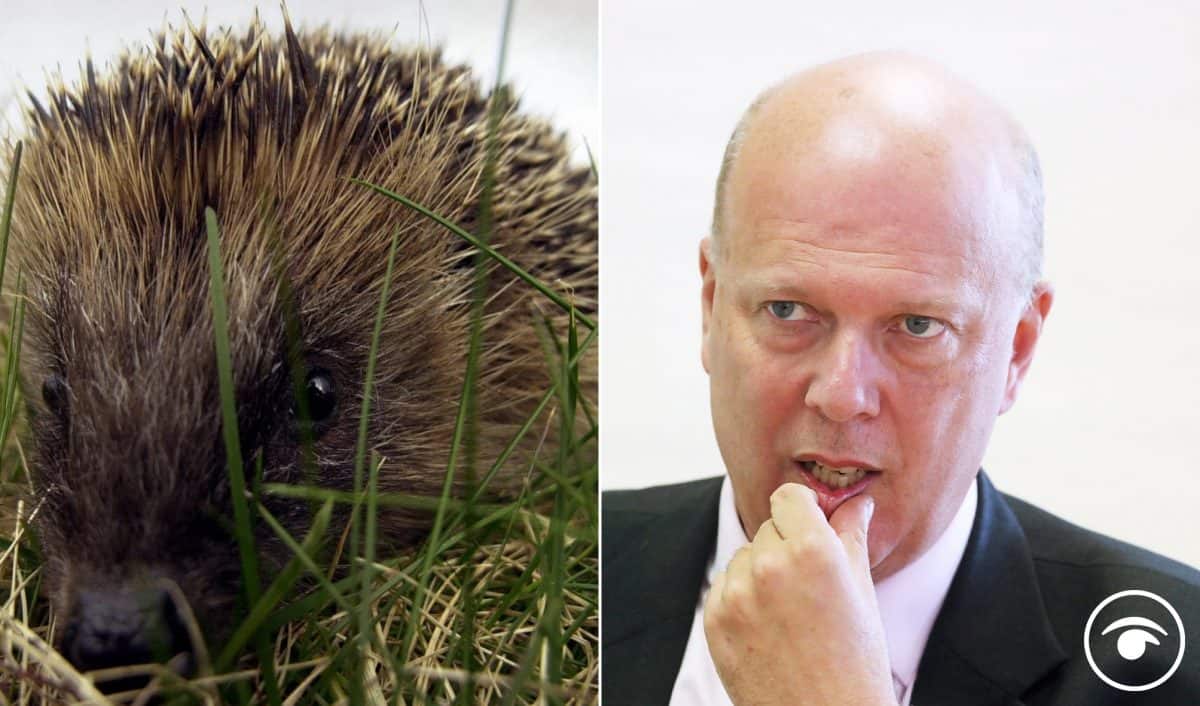 Hedgehogs should be given increased protection under the law to help preserve their numbers, Conservative MPs have urged.

Former cabinet minister Chris Grayling has tabled an amendment to the Environment Bill, which would put a legal obligation on developers to search for hedgehogs and take action to reduce the risk to them.

It has led many people to conclude that the prickly creatures are therefore more at risk than ever.

Grayling was dubbed ‘failing’ Grayling due to a huge number of epic mistakes costing the public purse a truly huge amount of money.

By adding hedgehogs to the list of protected animals under the Wildlife and Countryside Act, it is hoped this will safeguard their nesting sites.

A 2018 report by the People’s Trust for Endangered Species and the British Hedgehog Preservation Society revealed a 30 per cent drop in the number of hedgehogs in urban areas since 2000.

The prickly creatures are protected from harm under the existing Act, which makes it illegal to kill or capture them using certain methods.

But Mr Grayling said his amendment would sort out “proper protection” for them.

He told the PA news agency: “It seems wrong to me, for example, that whenever a developer has to carry out a wildlife survey before starting work on a project that the hedgehog is not on anyone’s radar.

“It is Britain’s favourite animal. Its numbers are declining.

“And it should be as well protected as any other popular but threatened British animal.

“We worry about whether we are going to damage the habitats of badgers and bats. It’s time we worried about the hedgehog too.

“I hope that this amendment will encourage Defra, the Government department involved, to sort out proper protection for hedgehogs.”

Day one of the Bill’s report stage takes place in the House of Commons on Tuesday, with Mr Grayling expecting his amendment to be debated in future weeks.