"It’s simply not good enough for BBC to act like tabloid hacks." 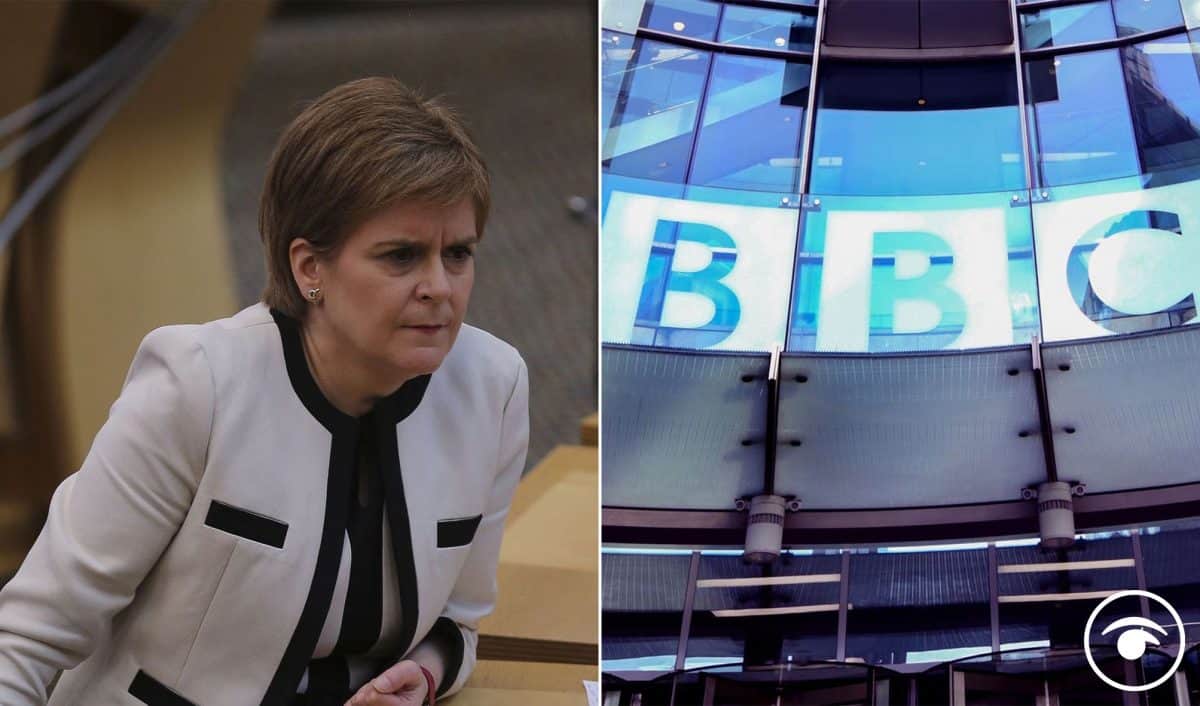 Nicola Sturgeon did not breach the ministerial code, Ian Blackford has claimed, as he refused to say if the First Minister should step down if he is proven wrong. It comes as the BBC backtracked over a headline on yesterday’s tea time programme about the issue.

The SNP leader has been accused of misleading parliament over when she knew about allegations of harassment made against her predecessor, Alex Salmond.

Ms Sturgeon told MSPs she first learned of the claims at a meeting in her home with Mr Salmond on April 2 2018, but it later emerged she had been told four days earlier by his former chief of staff Geoff Aberdein at a meeting in her office, which she claimed to have forgotten.

During a six-hour evidence session before the Committee on the Scottish Government Handling of Harassment Complaints looking into the botched handling of claims made against him on Friday, Mr Salmond repeatedly said, under oath, that Ms Sturgeon broke the ministerial code, but stopped short of saying she should stand down.

The First Minister referred herself for investigation to James Hamilton QC, an independent adviser on the ministerial code.

Despite calls for the First Minister to stand down if she is found to have breached the code, SNP Westminster leader Mr Blackford has thrown his support behind his party leader.

“She’s made it clear on a number of occasions that she does not believe she has broken the ministerial code,” he told BBC Radio 4’s Today programme on Saturday.

“I believe that to be the case as well, this will be put to bed, and we will be able to move on from it to make sure we are dealing with the Covid crisis in the right way, and we’re having that discussion about what Scotland’s future is.

“I and my party have full confidence in the First Minister leading us to that destination of Scotland becoming an independent country.”

As the argument in Scotland rages on the BBC headline on yesterday’s 6 o’clock news said that Alex Salmond had claimed the First Minister had ‘broken the ministerial code and that he thinks she should resign’.

They then tweeted, via their press team, that this was incorrect, ‘We would like to clarify that Mr Salmond did not say that the First Minister should resign.”

The second Tweet of the thread read: “He said “I’ve got no doubt that Nicola has broken the ministerial code but it’s not for me to suggest what the consequences should be.”

Related: Best reactions as usual mouthpieces are foaming over a genderless Potato Head