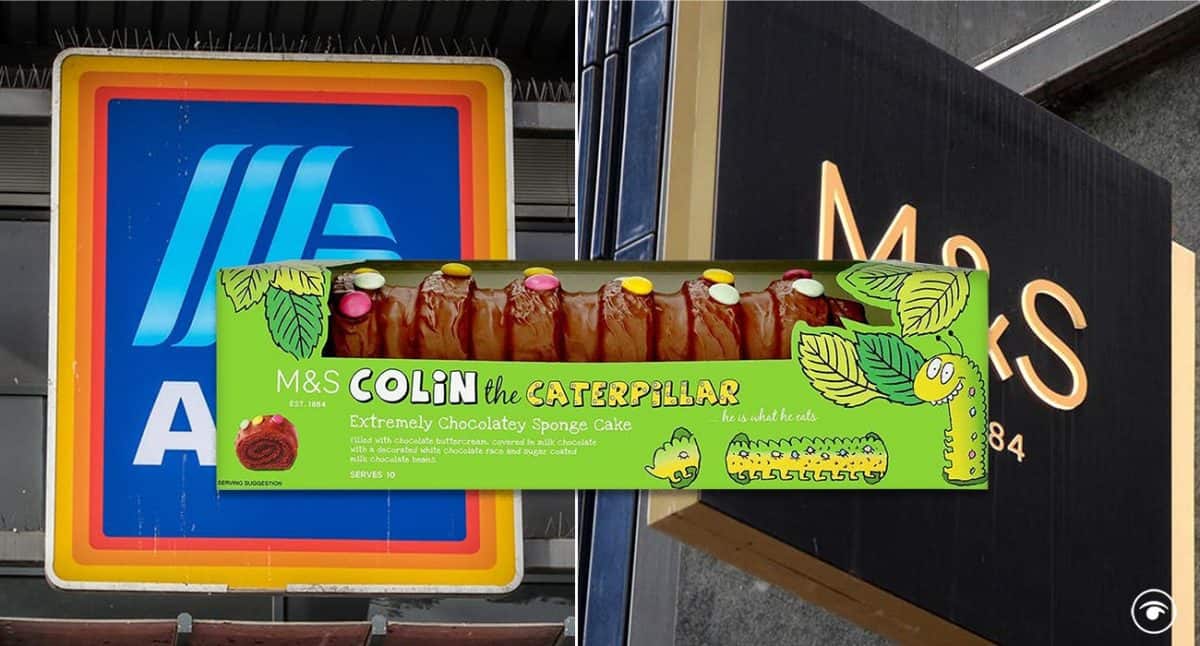 On the day of Prince Philip’s funeral, it is an unlikely feud between Aldi and Marks & Spencer that took centre stage on Twitter this morning as the supermarket chains lock heads over their respective versions of the Colin the Caterpillar cake.

M&S lodged an intellectual property claim with the High Court this week, arguing that the similarity of Aldi’s product leads consumers to believe they are of the same standard and “ride on the coat-tails” of M&S’s reputation with the product.

The high-brow retailer has started legal action against its low-cost competitor in an effort to protect its Colin the Caterpillar cake with a claim that its rival’s Cuthbert the Caterpillar product infringes its trademark.

M&S wants Aldi to remove the product from sale and agree not to sell anything similar in the future.

But the battle took an unexpected turn after people on social media sided with the apparent underdog, with the hashtag #FreeCuthbert going viral and the ordeal ironically tipped for a Netflix series.

Of course, Aldi have had their part to play by openly discussing the court case on their social channels, much to the delight of Twitter audiences:

Cuthbert has been found GUILTY…

..of being delicious. #FreeCuthbert

Live from inside the courtroom. #FreeCuthbert pic.twitter.com/3gCk7Ex553

Others have gleefully jumped on, making the cake the most talked about confectionary item in generations:

"you have no authority here @marksandspencer" @AldiUK #FreeCuthbert pic.twitter.com/oJQPXZik97

M&S checking Twitter to see Aldi are continually taking the piss out of them #FreeCuthbert https://t.co/i2ym7SI9aW

M&S: ‘you’ll be hearing from our lawyers’

So were you silent or silenced? #aldi #FreeCuthbert @AldiUK pic.twitter.com/XjSxCMmRzg