The president had initially said Trump's limit on arrivals "remains justified" - before changing his mind. 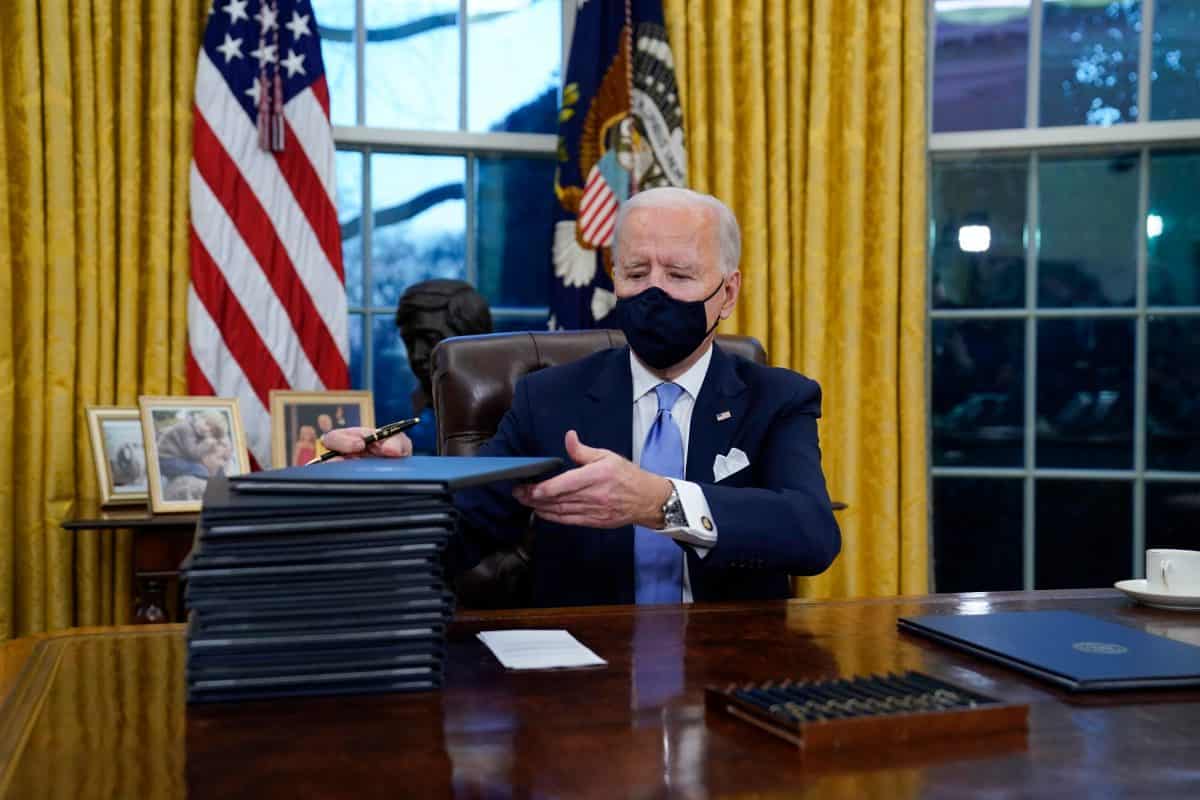 Joe Biden will scrap Donald Trump’s historically low cap on refugees, after the president was criticised for initially moving only to expand the eligibility criteria for resettlements.

Biden on Friday moved to accelerate refugee admissions, but said the admission of up to 15,000 refugees set by Trump this year “remains justified by humanitarian concerns and is otherwise in the national interest”.

But if the cap is reached before the end of the current budget year and the emergency refugee situation persists, then a presidential determination may be issued to raise the ceiling.

The move triggered a backlash from Democratic lawmakers and resettlement agencies. Jenny Yang, vice-president for advocacy and policy at World Relief – a resettlement agency affiliated with evangelical Christians – said Biden’s “walk back”, for now, “doesn’t change the reality”.

“The president broke his promise once,” Yang told the New York Times, “and at this point, he needs to back up his statements with concrete actions that will actually start to rebuild the refugee program again.”

Nazanin Ash of the International Rescue Committee said postponing an increase to the cap, as Biden had pledged to do, had real-world consequences.

“This is introducing harmful delays and confusion for refugees who remain in vulnerable situations and want to reunify with their families,” she said.

Members of Congress from his own party also lined up to criticise Biden’s initial reticence. “President Biden has broken his promise to restore our humanity,” said Rep. Pramila Jayapal, Democrat of Washington. “We cannot turn our back on refugees around the world.”

White House press secretary Jen Psaki said later that Biden had consulted with his advisers to determine what number of refugees could realistically be admitted to the United States between now and 1 October, the end of the fiscal year.

“Given the decimated refugee admissions program we inherited,” Psaki said it was “unlikely” Biden will be able to boost that number to 62,500, as he had proposed in his plan to Congress two months ago.

But the president, she said, was urged by advisers to “take immediate action to reverse the Trump policy that banned refugees from many key regions, to enable flights from those regions to begin within days; today’s order did that.”

The new allocations provide more slots for refugees from Africa, the Middle East and Central America and lift Trump’s restrictions on resettlements from Somalia, Syria and Yemen.

Critics from both sides of the political spectrum had accused Biden of bowing to political pressure that has been mounting over the record pace of unaccompanied migrants crossing the US-Mexico border.

Related: Gunman kills eight in Indianapolis in yet another mass shooting