The variants are the things that can most "scupper or escape plan". It is "mystifying” that India was not a “red-listed country” already. 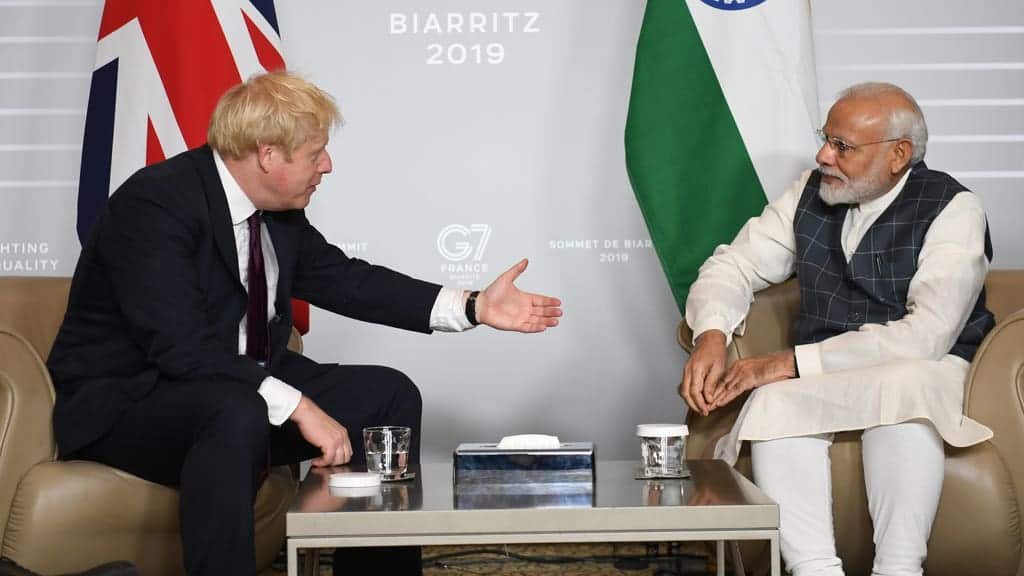 The UK should be “terribly concerned” about the impact the Indian mutation of coronavirus could have if it takes hold in the country, an expert has warned.

Professor Danny Altmann, a professor of immunology, said he thought India “ought” to be placed on the Government’s “red list” of hotel quarantine countries as the variant first discovered there could “scupper” Boris Johnson’s road map out of lockdown.

Despite the warning, Downing Street insisted the Prime Minister’s trip to India later this month will go ahead, although it will be drastically scaled down.

Public Health England (PHE) reported that 73 cases of the B.1.617 variant, which was first discovered in India, have been found in England, as well as four cases in Scotland.

Officials have currently designated it a “variant under investigation” (VUI) rather than a “variant of concern” (VOC), such as the Manaus (Brazil) or South African variants.

But Prof Altmann said he “suspected” the Indian mutation would be escalated to a “variant of concern” as it holds properties that make it more evasive to the vaccines currently on offer, like the South African variant, and more transmissible, in a similar fashion to the Californian version of coronavirus.

He told BBC Radio 4’s PM: “I think we should be terribly concerned about it.

“They (variants of concern) are things that can most scupper our escape plan at the moment and give us a third wave. They are a worry.”

The Imperial College expert said he found it “mystifying” that India was not a “red-listed country” already, adding that the new variant was being found in “quite high proportion” of positive cases in the South Asian country.

The Prime Minister has already postponed his trip to India once, due to dealing with a surge in cases in Britain in January.

No 10 signalled that Mr Johnson was reluctant to push back what will be his first major international trip since securing a post-Brexit trade deal with the European Union.

“We have said that the programme will be slightly shorter than it will have been, and you can expect the main body of his programme to take place on Monday April 26.

“As you would expect, safety is obviously important and is a priority for us on this trip, which is why we will make sure that all elements of the visit are Covid-secure.”

Mr Johnson was due to spend four days in the South Asian country at the end of the month but, following talks with Narendra Modi’s administration, the “bulk” of the meetings could be fitted into one day.

The country is not currently on the Government’s “red list” for travel, which sees people who have been in those countries in the previous 10 days refused entry to the UK.

British or Irish nationals, or people with UK residency rights, are able to return from red list countries but must isolate in a quarantine hotel for 10 days.

Asked why India has not been put on the red list despite the soaring number of cases, Downing Street said the situation is “under constant review”.

Labour said the blame for the Indian mutation making its way into Britain “rests squarely with the UK Government”.

Shadow home secretary Nick Thomas-Symonds said: “Ministers have been warned time and again that failing to introduce a comprehensive hotel quarantine policy would leave us exposed to variants of Covid.”

The figure of 77 UK cases comes from the latest update of PHE’s surveillance of the distribution of different variants across the country, based on data up to April 7.

It is understood that the cases detected in England are dispersed across different parts of the country and many are linked to international travel, but investigations are under way.

According to PHE, the variant “includes a number of mutations including E484Q, L452R, and P681R”.

The 484 spike protein has been associated with the Manaus and South African variants, with the E484K mutation reported to result in weaker neutralisation by antibodies in lab experiments.

However, the E484Q mutation is different and still subject to investigation.

Lab studies suggest the L452R mutation may reduce antibodies binding to the virus, particularly seen in combination with other mutations, PHE said.

Viruses by their nature mutate often, with more than 18,000 mutations discovered over the course of the Covid-19 pandemic, the overwhelming majority of which have no effect on the behaviour of the virus.

PHE’s latest findings mean there are now seven VUIs and four VOCs being tracked by scientists in the UK.

In London, extra testing facilities were launched this week to help limit the spread of the South African coronavirus variant following a cluster of cases being discovered.