"Is this literally the worst poem ever written?” 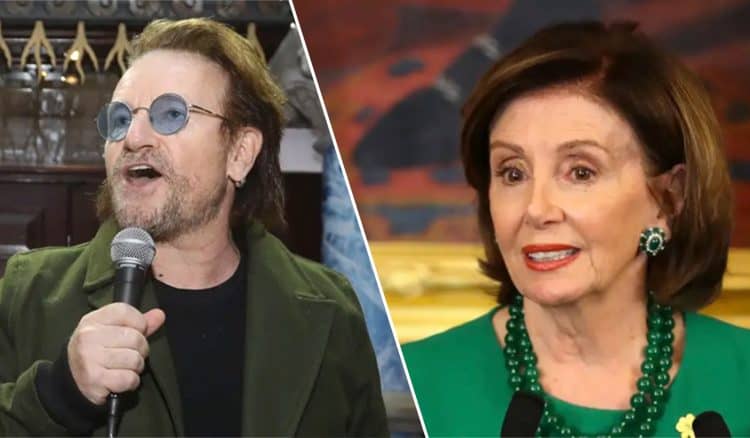 A poem written by Bono has been making the rounds on social media after it was read out by Nancy Pelosi during the White House’s annual “Friends of Ireland” luncheon.

The House speaker marked St Patrick’s Day by reading aloud a poem by the U2 singer that encompassed both Irish mythology and the crisis in Ukraine.

“I got this message this morning from Bono,” Pelosi said of U2’s lead singer.

She added: “Most of us, always, whether we’re in Ireland, here, wherever it is, Bono has been a very Irish part of our lives.”

But the written verse got a frosty reception on social media.

One Twitter user shared the full poem with the caption: “Is this literally the worst poem ever written?”, while nother commented: “Insane to look at the net worth of Bono and Pelosi and know that this is as much as they’re willing to do to help, AND they think it means anything?”

Some included parodies of their own, such as: “I want to take shelter from the poison rain Where the streets are Ukraine Yeah yeah yeah” Tears rolling down Vladimir Putin’s face as he presses the big ‘Ceasefire’ button.”

“This reads like something that would be published in the letters section of the kind of local newspaper that only gets letters from five people and is forced to publish all of them every week to fill space,” one user added.