"Gestures have become insults," one person said, while others said the move was "so utterly unimaginative". 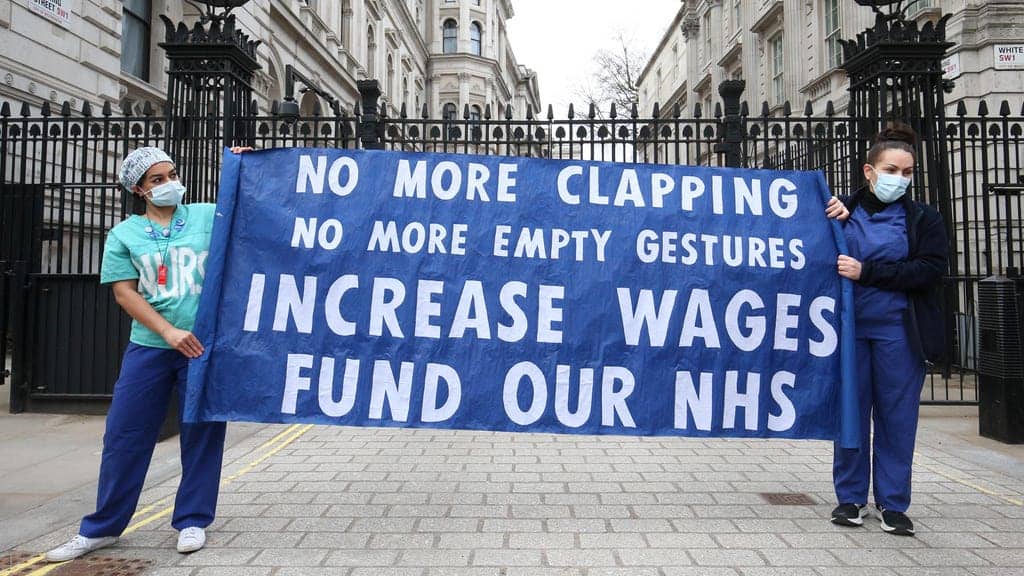 The Queen has awarded the George Cross to the National Health Services of the UK, recognising all NHS staff in all four nations.

In a personal, handwritten message, the Queen said NHS staff have carried out their work “with courage, compassion and dedication” for more than 70 years.

The award comes on the 73rd anniversary of the NHS’s foundation.

“On behalf of a grateful nation”

The George Cross was instituted by King George VI on September 24 1940 during the height of the Blitz, and is granted in recognition of “acts of the greatest heroism or of the most courage in circumstances of extreme danger”.

In her message, on Windsor Castle-headed paper, the Queen wrote: “It is with great pleasure, on behalf of a grateful nation, that I award the George Cross to the National Health Services of the United Kingdom.

“This award recognises all NHS staff, past and present, across all disciplines and all four nations.

“Over more than seven decades, and especially in recent times, you have supported the people of our country with courage, compassion and dedication, demonstrating the highest standards of public service.

“You have our enduring thanks and heartfelt appreciation.”

Details of the presentation of the award will be confirmed at a later date.

But not everyone was happy with the announcement, with several people pointing out that these “gestures” have come to replace meaningful actions such as pay increases.

Because what NHS staff really want is not a pay rise that will prevent nurses having to use food banks, but claps, a badge and the George Cross. pic.twitter.com/RCD4NcPXBF

Giving the NHS a George Cross is so WW2, so utterly unimaginative, so very Boris Johnson – so school of the empty pit of ideas. Give the NHS staff proper respect and a pay rise instead. That would mean something.

Added to the clapping and the Thank You Day, is now The George Cross. Gestures have become insults. It’s 15%; ending privatisation & bringing social care into the NHS, that we demand & deserve.

The Queen awards the NHS the George Cross to commemorate 70 years of service, and as thank you from the nation. Another empty gesture, when our NHS heroes have given their all during the Pandemic,only to be rewarded with a derisory 1% real terms pay cut.Medals don't pay bills!

This is great but what our #NHS really needs is: