"The ultimate metaphor for Brexit: a soul-sapping, boring, regressive waste of everyone’s time while the rest of the world overtakes us," Sarah Murphy said. 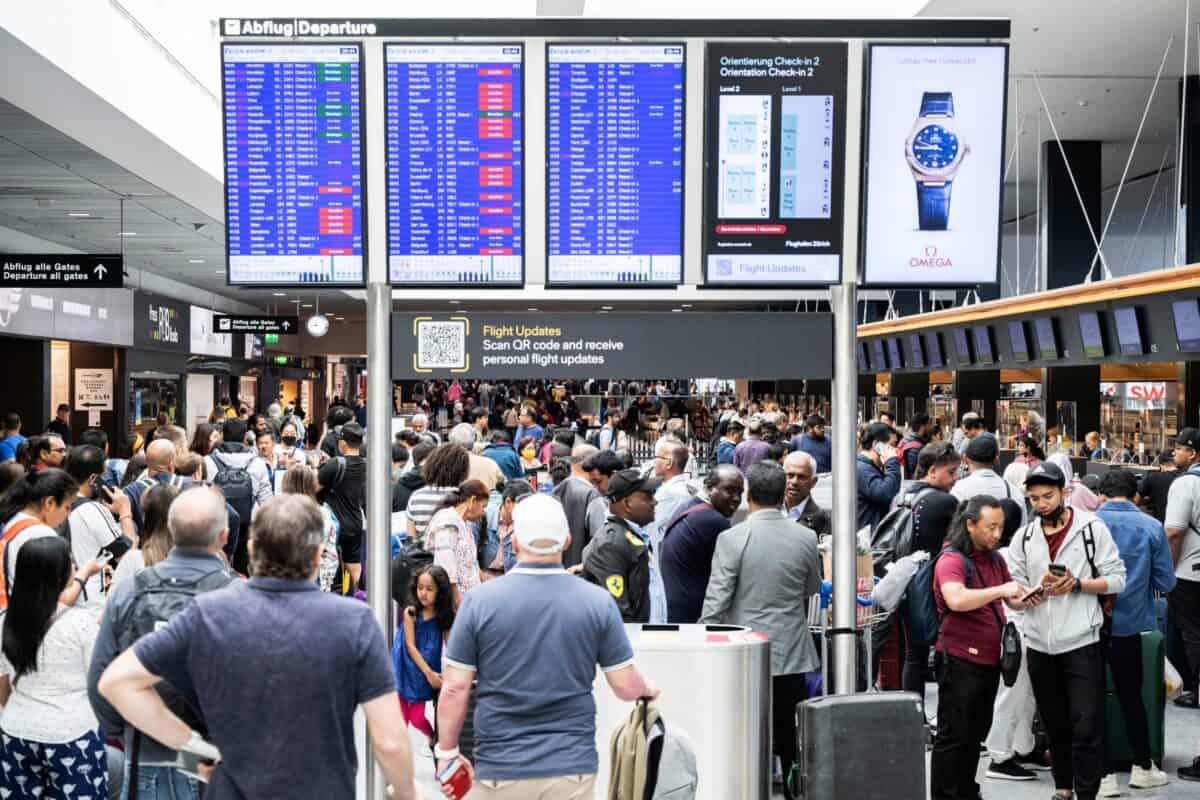 Journalist Jon Sopel posted footage of snaking queues at Geneva Airport, saying there was no wait for EU or Swiss citizens.

The reports echo similar situations in Spain earlier this year, where up to 3,000 passengers missed their flights at Madrid Airport due to post-Brexit checks.

And things could be about to get a lot worse.

Some European nations have warned that new fingerprint and face checks on arriving in the EU could take “up to four times longer” than the present system – with the processing time increased by up to two minutes per person.

The tougher border checks, known as the “Entry Exit System” (EES), are due to come into effect in May 2023 – just ahead of the peak summer season.

The UK helped develop the EES while part of the European Union – then, with the Brexit withdrawal treaty, asked to become subject to the new system.

Needless to say, reaction on social media has been pretty fierce: