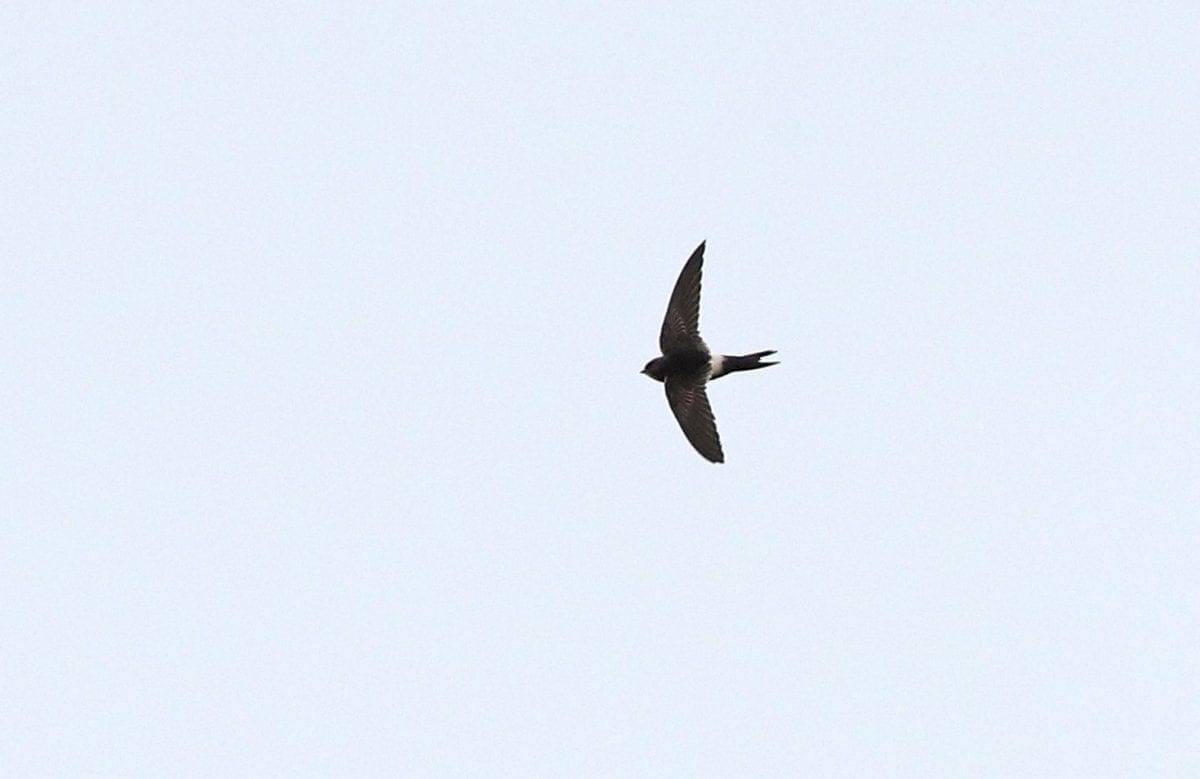 A species of bird has been spotted for the first time in the UK flying over a lake in Yorkshire.

Pictures posted on social media revealed hoards of wildlife enthusiasts gathered in the fields by the lake after flocking to catch a glimpse of the bird.

Another image showed the streets of Hornsea lined with parked cars for miles after the bird watchers descended on the town.

Enthusiasts have reportedly come from all over the UK in the hope of making a sighting.

But many have reportedly been left disappointed, as the winged creature has not been seen since Sunday.

The white-rumped swift is usually found in sub-Saharan Africa, but in recent years has spread as far north as Spain.

Growing to around 15cm long, its plumage is dark apart from a small patch on the throat and its rump – giving it its name.

Hornsea Mere is the largest freshwater lake in Yorkshire, and is internationally known for attracting a variety of wintering birds.

The image was taken by photographer James Lowen: