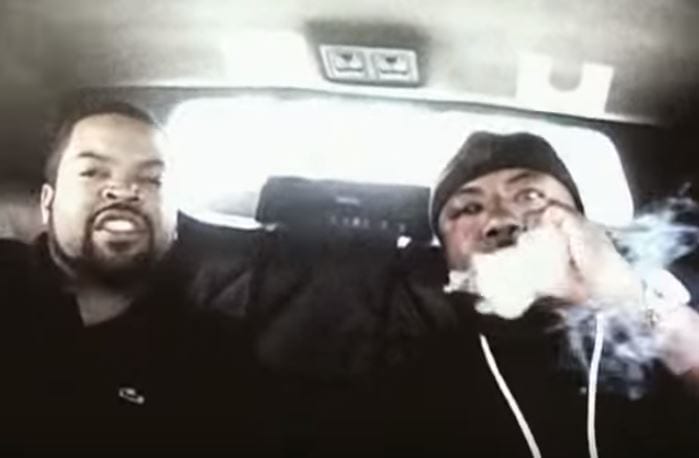 Cannabis and tobacco are frequently featured in videos by top rappers such as ~
Snoop Dogg and A$AP Rocky – increasing the risk of teenagers picking up the habit, say researchers.

They described it as an alarming trend – and called for government regulation to combat the growing problem.

The researchers said rap and R&B stars are role models for the young, and watching their videos could lead to them using marijuana, conventional cigarettes or e-cigarettes.

“Because of the genre’s broad appeal this may contribute to growing public health concern about the use of these products in traditional combustible or new electronic forms.”

Her team said hip-hop artists model behaviour to their fans because of their prominence and the commentary in their songs.

Ms Knutzen said: “Depictions of tobacco and marijuana use in music videos may help to increase the products’ appeal and decrease fans’ perceptions of risks and harms.”

The study, published in Jama Internal Medicine, analysed leading hip-hop music videos over five years to discover the extent to which tobacco and marijuana use appeared.

Hip-hop is now the most popular music genre in the US. Earlier this year it was accused of being sexually exploitative in light of the #MeToo movement.

Ms Knutzen said: “Its fan base includes a large proportion of adolescents and young adults of all racial and ethnic groups – particularly minorities.”

For each year, the leading category was hand-rolled products. The appearance of branded cigarettes increased from none in 2013 to 10 percent in 2017 (10 of 101).

“In 2017, hip-hop which includes rap and rhythm and blues (R&B) surpassed rock and pop as the leading music genre in the United States.

“Hip-hop has made many positive contributions to social change and artists exert substantial behaviour modeling on their fans owing to their prominence and the social, cultural and political commentary in their music.”

Ms Knutzen said: “However, this influence may not always be positive, as hip-hop music videos often include misogyny, violence and use of tobacco and marijuana products.

“The depictions of tobacco and marijuana use may increase the appeal of and desire to experiment with and continue use of these products, while decreasing perceptions of risk and harm among viewers.

“Depictions of tobacco product use by prominent figures, such as popular hip-
hop artists, may affect viewers’ implicit associations with smoking and increase their likelihood of smoking.”

She said the tobacco industry has long targeted minority populations as consumers through promotional marketing campaigns of specific cigarette brands and sponsorship of hip-hop music events and concerts.

“Future regulation that directly addresses the often co-occurring appearance and marketing of tobacco, marijuana and electronic products in music videos would limit exposure to their use and could reduce the burden of tobacco and marijuana use.”