It was the first ever recorded in Devon 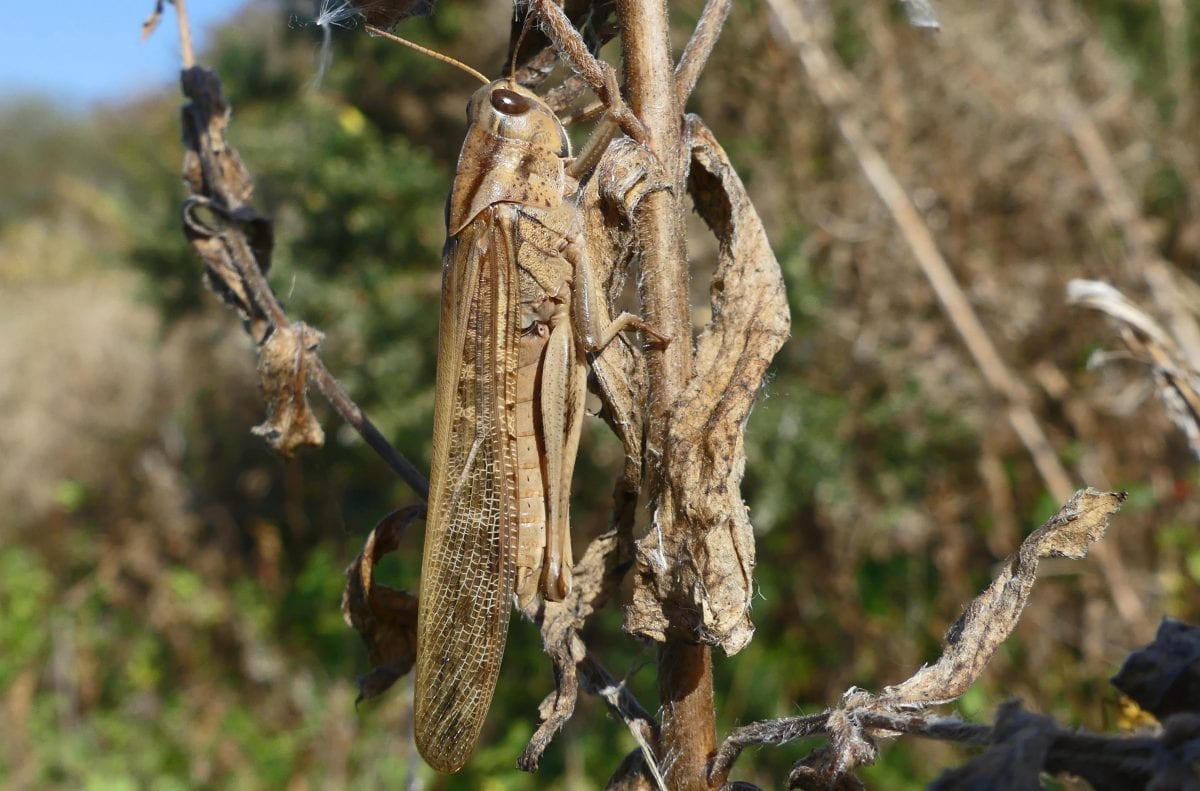 A rare sighting of a LOCUST has been made in the UK, experts say.

The insect was recorded for the first time ever in Devon and is thought to have been brought over by the recent strong winds.

It was spotted at Devon Wildlife Trust’s Andrew’s Wood nature reserve near Loddiswell.

The 6-10cm insect is known as a migratory locust (Locusta migratoria) and is usually found in Africa, Asia, Australia and New Zealand.

Locusts have only spotted ten times in England and Wales before –

It is not expected to survive the cold snap that has been predicted in the next few days.

But the discovery has excited wildlife enthusiasts including David Turrell who saw it on one of his regular visits to the reserve near Loddiswell, Devon.

He said: “Suddenly a large insect shot up in front of me flying away on its huge wings. I instantly realised that it was something special, so I set off in hot pursuit.

“On approaching the area where I had seen it settle but before I could spot the locust, off it went again flying around 20 metres, making it hard to locate.

“It did this several times, finally landing at the foot of some brambles where I could admire it and take some pictures before I lost sight of it once again. It was amazing to find and like nothing I’ve ever seen before.” 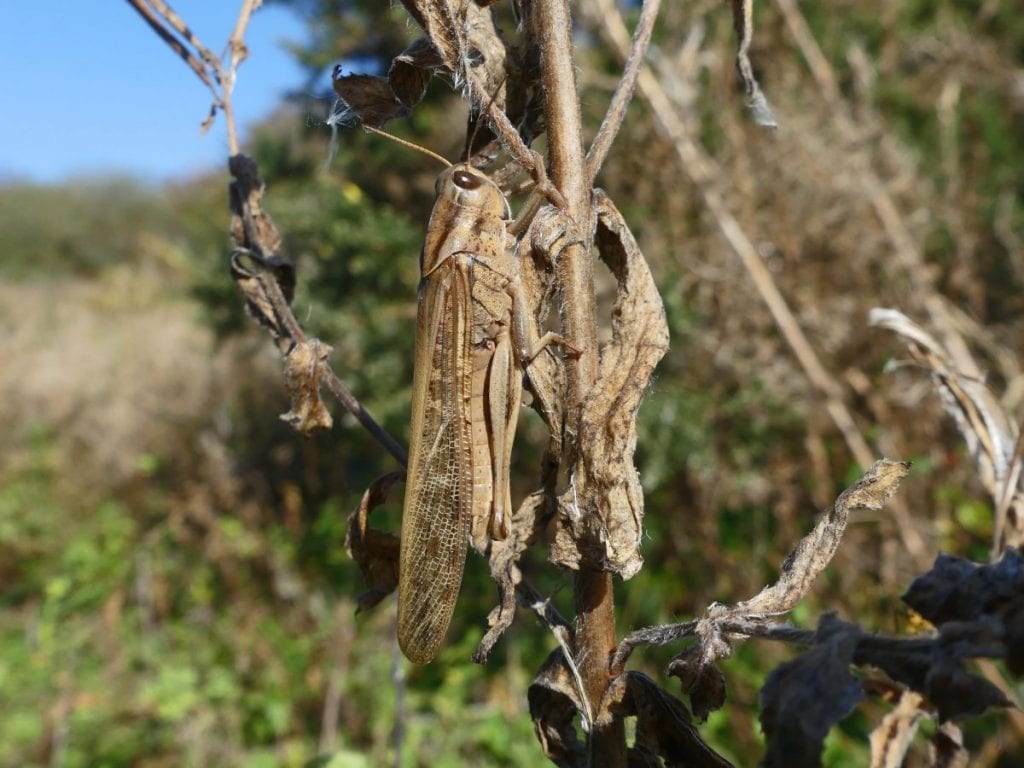 Devon Biodiversity Records Centre, which is the custodian of the county’s biological records, confirmed that this was a first recording of a migratory locust in Devon, and one of only 10 records ever made in England and Wales.

Steve Hussey from Devon Wildlife Trust said: “This is a very rare sighting. We think the recent strong westerly winds have brought this locust in from southern Europe or North Africa.

“It’s possible that there may be others dotted across the South West but our climate and the cold weather which is predicted in the coming days will ensure that they don’t survive very long.

“We are not about to be overwhelmed by locusts.”

The sighting of the migratory locust is one of a number of unusual recent wildlife records made across the South West.

Last week twitchers flocked to Cornwall to catch sight of a catbird, a species more usually found in the USA but which had been blown in from across the Atlantic.