"Sadly, this racist graffiti has almost identical links to the hateful anti Black, pro-Nazi, pro football hooliganism, Far Right graffiti we saw in the area less than 4 months ago." 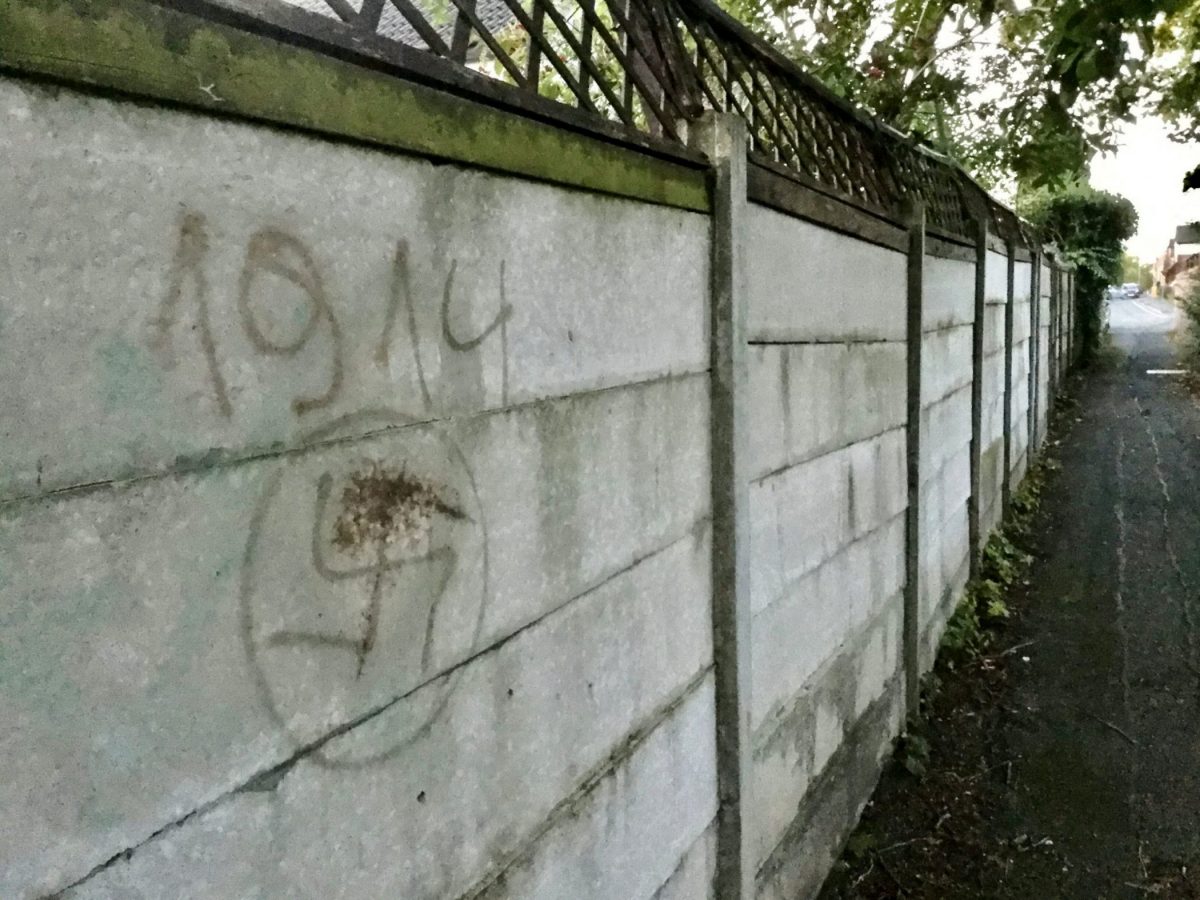 Racist yobs have targeted communities celebrating the Jewish New Year after spray-painting a “despicable” swastika on a wall.

Councillor Pav Akhtar said he was shocked when he spotted the graffiti which had been painted on the weekend of Rosh Hashanah, the first of the Jewish High Holy Days.

The offensive symbol appeared in an alleyway in Plungington, near Preston, Lancs., on Sunday.

The horrified councillor has urged anyone who knows the perpetrators to come forward are report them.

He said: “I was horrified to see such hateful imagery re-emerge here in Plungington.

“I’m grateful to the Preston Council team who have promised to remove this disgusting graffiti which symbolises hate as an urgent priority.

“Preston Council workers are at the forefront of supporting vulnerable residents and keeping essential services going in the face of second spike in the global health pandemic.

“The anti-Semitic graffiti comes as the Jewish community is celebrating Rosh Hashanah, it’s New Year, and has been daubed on a wall that is just yards away from a local mosque and nursery that is used by a many children from the Muslim community.

“If anyone knows who is responsible please do the right thing and report them.”

This comes as part of a spate of Nazi-inspired racist graffiti found on walls around the city.

In April 2019, police launched a hate crime investigation following three separate reports of racist graffiti found on a gate post outside a mosque.

In May this year, graffiti depicting Nazi symbolism and racist slurs were daubed on a bridge and on three separate streets.

Coun Akhtar, who has reported the vandalism to the city council, tweeted: “Another despicable incident of Neo-Nazi graffiti has appeared in Plungington near the Madni mosque this Rosh Hashana Jewish New Year weekend.

No place for hate

“We must continue to unite against all hate to ensure. No place for hate.

“Sadly, this racist graffiti has almost identical links to the hateful anti Black, pro-Nazi, pro football hooliganism, Far Right graffiti we saw in the area less than 4 months ago.