Safeguarding minister Rachel Maclean said Boris Johnson’s decision to attend the May 2020 government party was simply “a lapse of judgement". 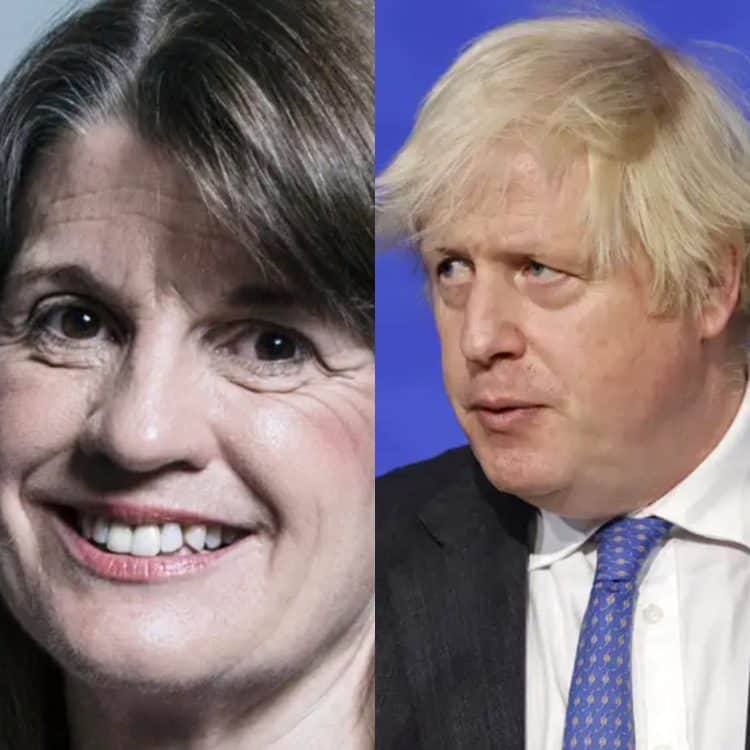 A Tory minister has claimed that Boris Johnson attending a Downing Street party in the first Covid lockdown was simply a “lapse of judgement” and insisted that asking him to resign is “an opposition-driven campaign.”

Rachel Maclean, the safeguarding minister, insisted calls for the prime minister to resign after it emerged he attended a “bring your own booze” gathering on 20 May 2020 are “clearly political”.

She labelled Johnson’s decision to attend the gathering “a lapse of judgement”, but BBC presenter Jo Coburn fired back: “He is the prime minister, he was making these rules, he was telling people what they could and they couldn’t do.

“And yet he thought, in that moment, that it was absolutely fine to go outside into the garden on a lovely summer’s evening when everyone else was pretty well locked up in their home, look at the party in front of him and stay for 25 minutes and think that was fine.

Calls for Johnson to resign are ‘clearly political’, Maclean insists

Maclean replied: “No, of course I don’t think he should resign, I mean this is clearly a political, an opposition-driven campaign. Let’s face it.”

Coburn highlighted it is “not opposition-driven” and reminded the minister that there were Tory MPs, such as the leader of the Tories in Scotland, saying that if Boris Johnson is found to have misled Parliament, he should resign.

The presenter added: “It’s Conservative MPs who are furious, Rachel, not just opposition.

“We have just heard him say he went into this party. When we look at the rules, it doesn’t look like that could or should have been allowed, then you’ll have to resign.”

Maclean acknowledged “some people” are furious across Parliament and the general public, but insisted on diverting the conversation towards Labour.

She also claimed Johnson’s party attendance should be seen separately from his focus on delivering for UK voters.

She said: “Let’s face it, if Boris Johnson resigns, the opposition are not going to be happy with any Conservative prime minister, so I think we just need to separate the political issues here from the issue at hand, which is, this particular party, this instance.

“And no, I don’t think he should resign, I think we should focus on the delivery.”

It comes as Boris Johnson apologised today for attending a gathering in the garden of No 10 at the beginning of the pandemic, whilst the whole country was restricted from doing the same.

Johnson told MPs that he attended the May 20 2020 gathering for around 25 minutes to “thank groups of staff”.

Johnson’s principal private secretary Martin Reynolds invited colleagues to “socially distanced drinks” on May 20, 2020 to “make the most of the lovely weather” – urging them to “bring your own booze”.

Related: WATCH: Tory MP insists he doesn’t know if Johnson should quit if he misled the govt