"I believed implicitly that this was a work event," the prime minister protested at PMQs. 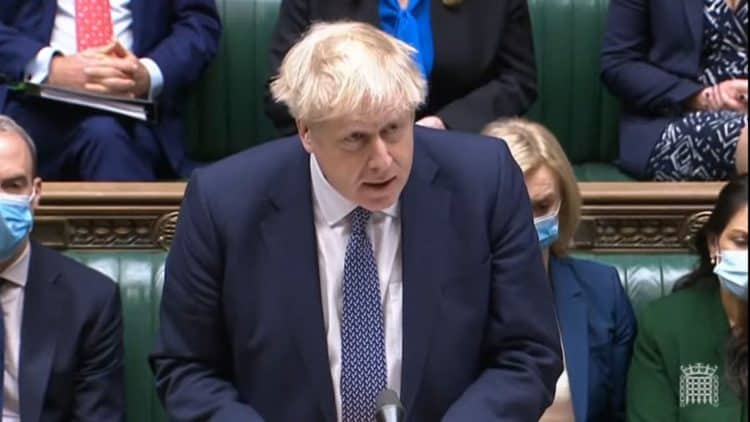 Boris Johnson apologised for attending a “bring your own booze” gathering in the garden of No 10 during England’s first lockdown as he battled to save his premiership.

The Prime Minister acknowledged the public “rage” over the incident but insisted he thought it could have been technically within the rules.

Johnson told MPs that he attended the May 20 2020 gathering for around 25 minutes to “thank groups of staff”.

Johnson acknowledged that included “people who have suffered terribly, people who were forbidden for meeting loved ones at all inside or outside” adding: “To them and to this House, I offer my heartfelt apologies.”

He said that senior official Sue Gray should be allowed to complete her inquiry into a series of alleged parties held during lockdown in No 10 and Whitehall “so that the full facts can be established”.

Johnson’s principal private secretary Martin Reynolds invited colleagues to “socially distanced drinks” on May 20, 2020 to “make the most of the lovely weather” – urging them to “bring your own booze”.

The Prime Minister acknowledged public anger: “I know the rage they feel with me and with the Government I lead when they think in Downing Street itself the rules are not being properly followed by the people who make the rules.

“Though I cannot anticipate the conclusions of the current inquiry, I have learned enough to know there were things we simply did not get right and I must take responsibility.”

Johnson has faced growing Tory anger over the situation and Cabinet minister Simon Hart acknowledged it was damaging the party and the running of government.

“There’s a lot of frustration and bafflement about all of this, and I completely understand,” the Welsh Secretary said.

“I’ve not met anybody who is not deeply, deeply conscious of the effect that this has on people’s attitudes to not just the political party … but the Government and the smooth running of the nation.”

“After months of deceit and deception, the pathetic spectacle of a man who has run out of road,” Sir Keir said.

“His defence … that he didn’t realise he was at a party is so ridiculous that it’s actually offensive to the British public.”

He added: “The party’s over, Prime Minister. The only question is will the British public kick him out, will his party kick him out or will he do the decent thing and resign?”