Simon Bowes-Lyon, 34, the Earl of Strathmore, pleaded guilty to attacking a woman at Glamis Castle, Angus, in February last year. 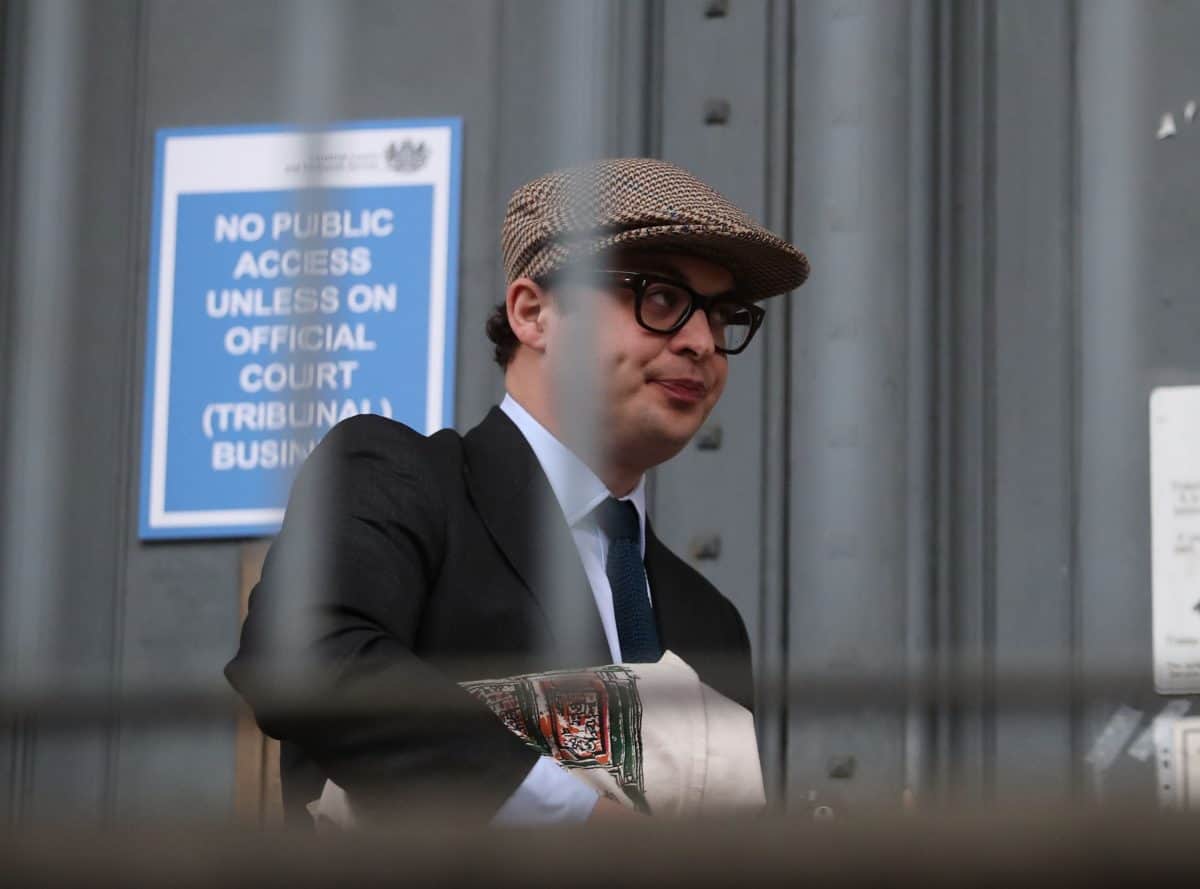 A relative of the Queen has been jailed for 10 months for sexually assaulting a woman at his ancestral home.

Simon Bowes-Lyon, 34, the Earl of Strathmore, pleaded guilty to attacking a woman at Glamis Castle, Angus, in February last year.

Bowes-Lyon, who is the son of a cousin of the Queen, was sentenced at Dundee Sheriff Court on Tuesday. The court previously heard the assault happened in a bedroom at the castle.

The court heard the woman was attending a three-day public relations event at the castle and had gone to bed when a “drunk” Bowes-Lyon went to her room at around 1.20am, persuaded her to open the door and pushed his way before pushing her on the bed and sexually assaulted her.

Sheriff Alastair Carmichael told Bowes-Lyon: “Throughout all of this she made it clear that she wanted you to stop. She told you repeatedly that she had a boyfriend, repeatedly told you to leave and repeatedly had to keep pushing you away from her.

“All of which you ignored. Once she’d finally managed to eject you from her bedroom, you returned to the door and pleaded with her to let you back in.”

The sheriff said the attack and Bowes-Lyon refusing to leave lasted 20 minutes. His victim locked the bedroom door and wedged a chair under the handle to prevent him getting back in and was “upset and afraid” and “left shaking”.

Sheriff Carmichael said a year on from the attack she still has nightmares and feels panicked by the assault.

He said agreed evidence made clear the woman and Bowes-Lyon had spoken during the PR event but told him she had “no sexual interest in you and had done nothing that could reasonably have been interpreted by you to the contrary”.

He added: “This sexual assault was made worse for several reasons: you were the complainer’s host and took advantage of this position, you forced your way past her to get in to her bedroom, you assaulted her in the face of her repeated verbal and physical protestations that you should stop, and you repeatedly prevented the complainer from getting away from her bedroom and from your unwanted attentions. The amounts of force, aggression and persistence that you used are concerning.

“In mitigation; you apologised to her soon after the assault, you have expressed remorse, you have accepted responsibility for you actions, you have no previous convictions and you appear to be otherwise of good character.”

Sheriff Carmichael told Bowes-Lyon a lesser sentence than imprisonment such as a community payback order or home curfew was not appropriate.

In a statement outside court after pleading guilty last month, Bowes-Lyon apologised and said he is “greatly ashamed of my actions which have caused such distress to a guest in my home”.

He said he had “drunk to excess” on the night of the attack, which he said was “no excuse” for his actions.

He added: “I did not think I was capable of behaving the way I did but have had to face up to it and take responsibility. Over the last year this has involved seeking and receiving professional help as well as agreeing to plead guilty as quickly as possible.

“My apologies go, above all, to the woman concerned but I would also like to apologise to family, friends and colleagues for the distress I have caused them.”

Glamis Castle is the seat of the earls of Strathmore and Kinghorne, part of the late Queen Mother’s family.

Relative: Hancock attacked by Piers for claiming there was no national PPE shortage