Chun Wong and his daughter Kiernan, eight, were told they did not need to stay in a hotel. 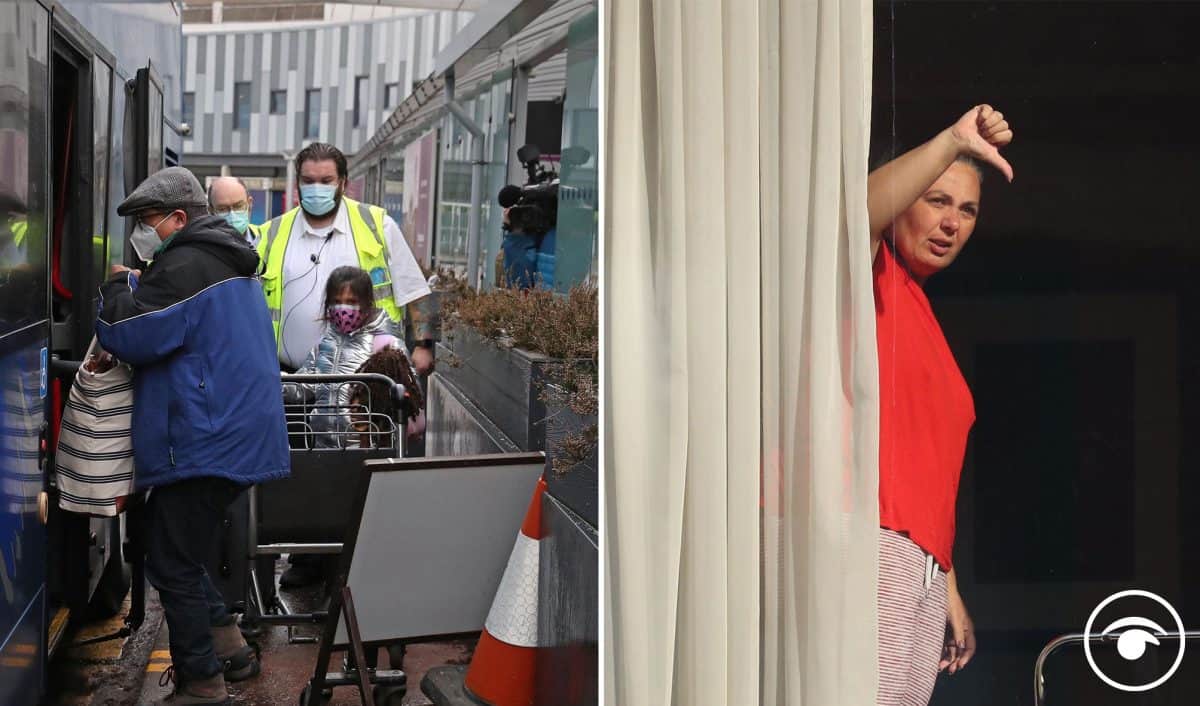 A public health expert has said Scottish Government quarantine rules do not “make sense” after reports a family from the US avoided restrictions due to a short stay in Dublin.

Chun Wong and his daughter Kiernan, eight, arrived at Edinburgh airport on Monday and were set to spend 10 days self-isolating in a nearby hotel.

However, the BBC reports Mr Wong was contacted by officials later that evening to tell him he did not need to abide by the rules because he had spent a short time in Dublin.

Linda Bauld, professor of public health at the University of Edinburgh, told the broadcaster: “What appears to have happened in the case of the Wong family is that there’s exemptions for those who come from within the common travel area.

“So that means that if somebody is coming via Ireland at the moment, that is the common travel area and those people are not required to quarantine now.

“Clearly everybody listening will realise that it doesn’t make sense.

“While I have huge sympathy for this family, just to emphasise, the fact that they’ve stopped for a few hours in Dublin means that the rules don’t apply, that doesn’t make sense to me from a public health perspective.

“This system is new, it’s just been set up, it’s been set up with haste and I think we’re going to hear much more from Scottish Government and others about what is the strategy, who is exempt and who is included and how will we make it more comprehensive and future.”

People flying directly into a Scottish airport on international flights have to self-isolate for 10 days in a quarantine hotel room, under new regulations taking effect on Monday.

Unless exempt, a passenger will have to pay £1,750 to quarantine in a room at one of six designated hotels in a bid to avoid importation of the virus.

In England, the UK Government will only require hotel quarantine for visitors from a “red list” of 33 countries designated as high risk, meaning travellers arriving from elsewhere could avoid it by entering Scotland via England.

Visitors would still have to self-isolate for the 10-day period, but would not have to do so at one of the designated hotels due to a lack of agreement between Scottish and Westminster governments.

Mr Wong told the BBC: “I received a call from reception saying a gentleman from the airport would like to talk to me.

“He said that since I landed in Dublin first and then got a connecting flight to here, I was not required to quarantine in a hotel. I still have to quarantine and do the self-testing kit on the second and eighth day, but they said it was an error on their part.”

Mr Wong added he could have left the hotel on Monday night, but decided to stay the night as he was tired.

Officials were said to be making arrangements to transport him to his home in Fife on Tuesday.

Travellers in quarantine hotels face an additional £1,200 bill if they test positive for coronavirus, the Government has revealed.

This is on top of the £1,750 fee for entering the programme and will apply to guests required to extend their stay beyond the initial 11 nights.

Information about the £152 daily cost of longer stays was only published on the Government’s website on Monday, after some guests had already checked in.

From 4am on Monday, travellers arriving in England must quarantine in a hotel if they have been in a country at high risk of coronavirus variants in the previous 10 days.

Scotland is extending the requirement to cover arrivals from any country unless they have travelled from the Common Travel Area (CTA), which includes the UK and Ireland.

Guests are allowed to leave after 11 nights if they receive negative results from tests taken on day two and day eight of their isolation.

A positive result from the first test will extend a traveller’s stay by two nights at a cost of £304.

If the second test returns a positive reading, the guest must remain in their room for an additional eight nights and pay £1,216.

Prime Minister Boris Johnson was asked at Monday’s Downing Street press conference what will happen if a traveller cannot afford the extra fee.

He replied: “It is currently illegal to travel abroad for holidays anyway.

“We would expect people who are coming in from one of these red list countries to be able to cover their costs.”

There are 33 countries on the Government’s “red list”, which includes Portugal, the United Arab Emirates, South America and southern Africa.

UK and Irish nationals and UK residents returning to England who have been in a country on the list in the previous 10 days must enter a quarantine hotel, even if they have travelled via the CTA.

Scottish First Minister Nicola Sturgeon has expressed concern about gaps in the current system for international arrivals, telling a coronavirus briefing in Edinburgh on Monday: “It would be better if we had that four nations approach, or at least a three nations approach where the border of the island that Scotland, England and Wales share, had the same provisions in place.”