The Government will reportedly enforce the mandatory quarantine within weeks, but experts say they should have been implemented months ago. 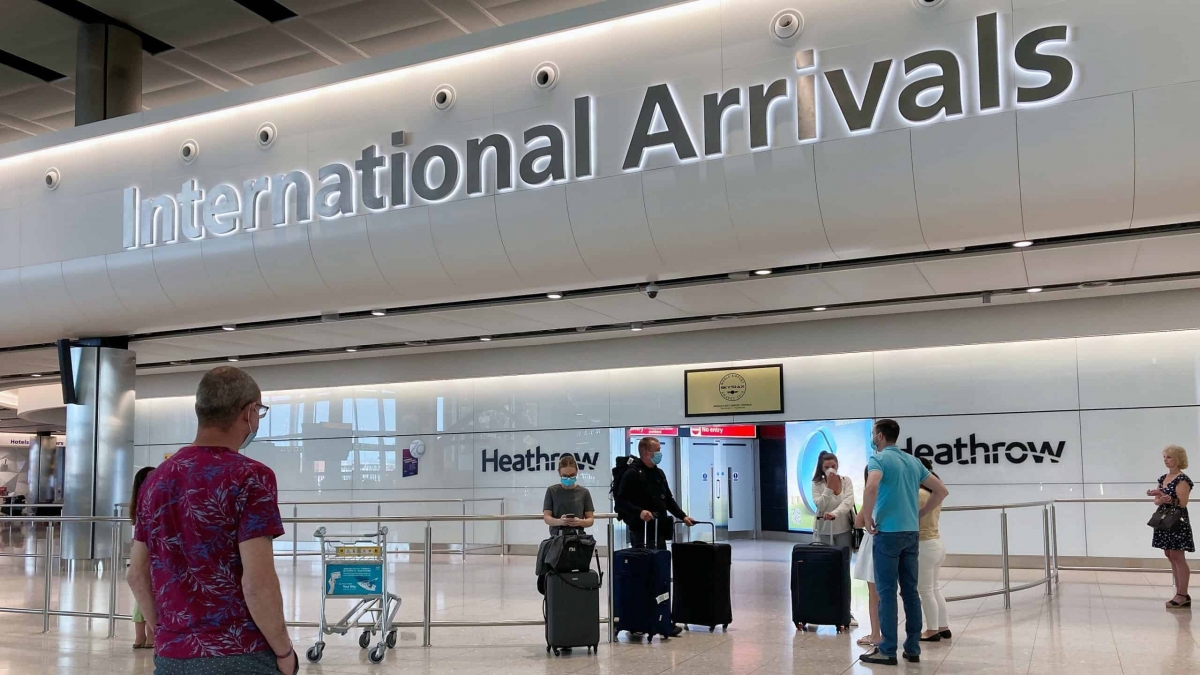 A 14-day quarantine period for all travellers coming to Britain should have been introduced two months ago, according to an academic.

The Government will reportedly enforce the mandatory quarantine within weeks as part of measures aimed at avoiding a second peak of the coronavirus pandemic.

The Times said Prime Minister Boris Johnson will make the announcement in an address to the nation on Sunday, but there is confusion around the detail, with industry insiders calling for a “credible” exit plan and an expert describing it as “better late than never”.

Last month Matt Hancock said the equivalent of 105,000 travellers are still landing in Britain every week, including from hotspot nations such as China, Italy and the United States.

Professor Gary McLean, professor in molecular immunology at London Metropolitan University, said: “This initiative to require all UK visitors to enter a 14-day quarantine is really what should have been done two months ago, and should also remain in place for at least another two months from when it is finally implemented.

“It was clear that the virus cases were coming in from outside the UK early on and potentially reducing more cases by introducing the mandatory quarantine, as other countries did, would have been the most sensible approach at that time.

“However, better late than never to have this 14-day quarantine period for people entering the UK, but I question how the compliance of people being required to quarantine will be monitored and even enforced?”

Professor Peter Openshaw, professor of experimental medicine at Imperial College London, said it is important to be “proportionate and sensible”.

He said: “The restrictions on travellers have to be on the basis of the epidemiological appraisal of the actual risk, with screening and targeting those who are most likely to bring infections into the UK.

“The blanket introduction of restrictions on those coming from areas of low prevalence makes little sense; there should be sound reasons for such restrictions, accompanied by screening for virus and antibody to the virus to inform regulations.”

Transport Secretary Grant Shapps did not confirm the plan at the Downing Street press briefing on Saturday, but said that with the R value – the number of people the average infected individual would spread the virus to – down, it “clearly then makes sense to look at what happens at the borders”.

Mr Shapps added: “Bearing in mind the sacrifice the British people have made this last seven weeks and counting, we can’t have a situation where everyone else has been asked to stay at home but others could come into the country.

“It’s also worth pointing out that the numbers coming to the country are very, very small, but it is a question of that judgment.”

Under the measures, all passengers arriving at airports and ports will be required to provide an address at which they will immediately self-isolate for 14 days.

The Times reports that “authorities will conduct spot checks”, with punishments for those not adhering to the rules including “fines of up to £1,000” and deportation.

Yvette Cooper, chairwoman of the Home Affairs Select Committee, said: “Many other countries, including South Korea, Italy and Australia introduced similar measures many weeks and months ago.

“So it appears that the Government is playing catch up at the borders.

“If ministers are planning to wait until June to introduce this policy, they will need to explain why they are not acting more quickly, for example introducing immediate guidance asking passengers to self-isolate on their return.

“Other countries are operating checks or isolation policies even while their travel numbers are low, and have been doing so since an early stage in the epidemic rather than waiting either for travel numbers to increase or for domestic infections to fall.”

Airlines UK said it had been told by the Government that the plan will be in place by the end of the month or early June.

Airport Operators Association (AOA) chief executive Karen Dee said: “Quarantine would not only have a devastating impact on the UK aviation industry, but also on the wider economy.

“If the Government believe quarantine is medically necessary, then it should be applied on a selective basis following the science, there should be a clear exit strategy and the economic impact on key sectors should be mitigated.”

A Heathrow spokesman said any measures agreed must meet three key tests: they must be medically effective, meet public expectations and be deliverable by airports.

Related: Public believes only the US has handled crisis worse than UK Government