The news came as the number of daily coronavirus tests fell below the 100,000 target for a seventh day in a row. 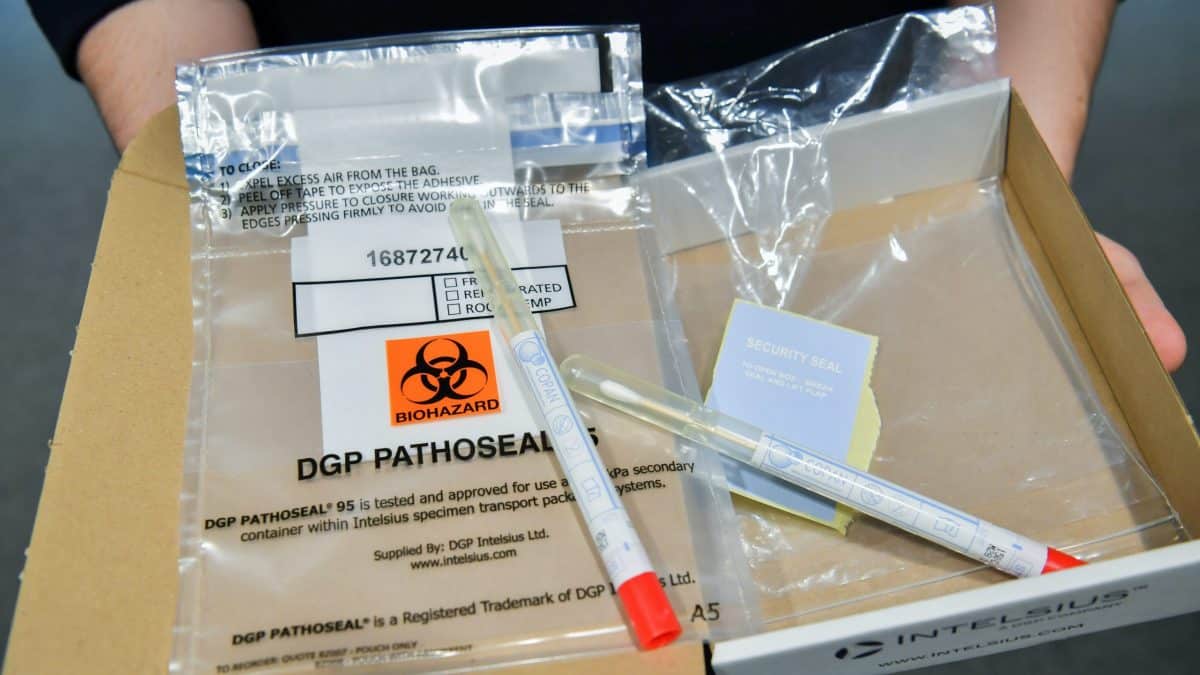 Around 50,000 coronavirus test samples had to be sent from the UK to the US after “operational issues” in the lab network led to delays in the system.

The news came as the number of daily coronavirus tests fell below Health Secretary Matt Hancock’s 100,000 target for a seventh day in a row.

Following a report in the Sunday Telegraph, the Department of Health said sending swabs abroad is one of the contingencies to deal with so-called teething problems in a rapidly-expanded testing system.

It is understood the test results will be validated back in the UK and communicated to patients “as quickly as possible”.

The department said work has been undertaken to resolve the issues and capacity is quickly being restored.

A spokeswoman for the Department of Health and Social Care said: “The expansion of the UK’s coronavirus testing network has involved setting up an entirely new ‘Lighthouse’ lab network to process test swabs.

“When problems arise, we have contingencies in place which include creating extra temporary capacity for our labs or sending swabs abroad to partner labs for completion.

“Of course, our partner labs must match our high standards.”

The Sunday Telegraph reported the samples were airlifted to the US in chartered flights from Stansted airport.

Earlier, at the daily Downing Street briefing it was confirmed 96,878 tests were conducted in the 24 hours to 9am on Saturday, down from 97,029 the day before.

But health leaders said that they expected “fluctuations” in the figures, and that testing was still much higher than it was at the start of the outbreak.

Deputy chief medical officer Professor Jonathan Van-Tam said not much could be read into day-to-day variations.

Speaking at the briefing, he added: “We are now really at a high plateau, in the region of 100,000 tests per day.

“I don’t think we can read too much into day-to-day variations, but the macro-picture is this is now at a much, much higher level than it ever was at the beginning of this crisis.”

Prof Van-Tam also said that the test-and-trace strategy of finding people with the virus and tracking people they have been in contact with was part of the measures needed to ease the lockdown.

When asked if he agreed that new infections had to be down in the hundreds a day for the strategy to be effective when it is currently in the thousands, he said it was entirely appropriate for it to be part of the “overall measures” to tackle the virus.

Prof Van-Tam told the briefing that how extensive the strategy had to be depended on the level of disease in the population.

He added: “Those two together make a package of test and trace, and we have been very clear that test and trace on its own is part of the solution to how we continue to live with this virus after the lockdown.

“It is not the total solution.

“How extensive the test and tracing needs to be clearly depends on the level of disease in the population but it is entirely appropriate to see it as part of the overall measures that will give us more flexibility and more room as to what we can do in the social distancing space to ease things.

“But on its own it is a contribution, it is not a total solution.”