Putin said he was responding to "aggressive statements regarding our country" from Nato members. 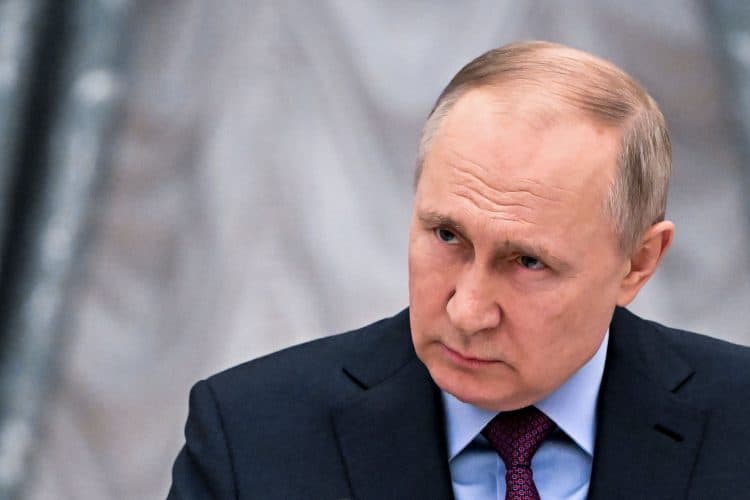 The escalatory order came at a meeting between Putin, Sergei Shogun – the defence minister – and the chief of the general staff of Russia’s armed forces, Valery Gerasimov.

“Senior officials of the leading Nato countries also allow aggressive statements against our country, therefore I order the minister of Defense and the chief of the general staff [of the Russian armed forces] to transfer the deterrence forces of the Russian army to a special mode of combat duty,” Putin said in televised remarks.

“Western countries aren’t only taking unfriendly actions against our country in the economic sphere, but top officials from leading Nato members made aggressive statements regarding our country,” he added.

Putin has previously warned foreign countries not to interfere in his invasion of Ukraine, sating it could spark “consequences they have never seen”.

A host of anti-air missiles and other advanced missile systems are positioned in Belarus, while the Russian fleet has been deployed to the Black Sea to prevent western intervention.

Britain said on Sunday that Putin may be prepared to use “the most unsavoury means” to secure victory in Ukraine amid warnings he could unleash Moscow’s arsenal of battlefield nuclear weapons.

Foreign Secretary Liz Truss said any use of nuclear or chemical weapons would represent an “extremely serious escalation” of the conflict which could see Russian leaders brought before the International Criminal Court.

Her warning came after the Commons Defence Committee chairman Tobias Ellwood said that in the “worst-case scenario” Putin could deploy low yield tactical nuclear weapons if his forces failed to make a breakthrough.

With the Russian advance on the capital, Kyiv, apparently bogged down in the face of fierce Ukrainian resistance, Truss said the survival of Putin’s regime could now be at stake if his invasion plan failed.

‘Avoid this at all costs’

“This could well be the beginning of the end for Putin. I fear that he is prepared to use the most unsavoury means in this war,” she told Sky News’s Trevor Phillips on Sunday programme.

Asked about Russia’s arsenal of chemical and tactical nuclear weapons, she said: “I fear this conflict could be very, very bloody.

“I urge the Russians not to escalate this conflict but we do need to be prepared for Russia to seek to use even worse weapons. I think it would be hugely devastating. We need to avoid this at all costs.”

Speaking later on the BBC’s Sunday morning programme, she said that senior Russian officials could be tried for war crimes “if they do go into that arena”.

“This would be an extremely serious escalation of the situation,” she said.