Delegations from Ukraine and Russia will meet on the Belarusian border with Ukraine, the president's office said. 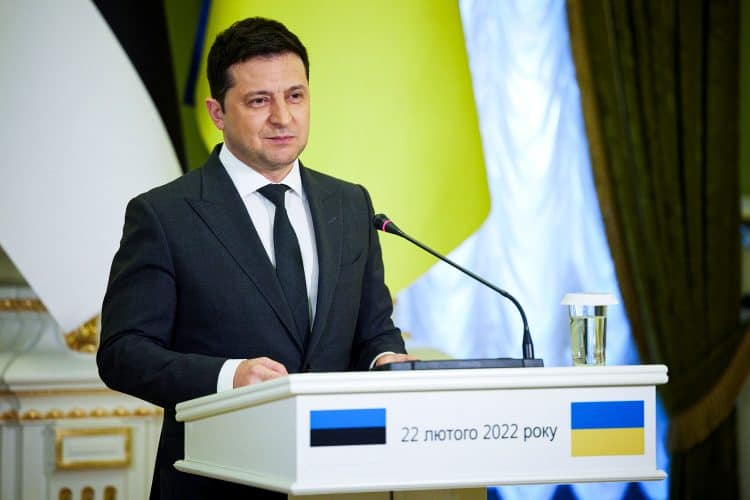 Ukrainian and Russian officials will meet for talks on the Belarusian border with Ukraine, President Volomymyr Zelensky’s office said on Sunday.

The talks – the first since Russia unleashed its invasion of Ukraine last week – are set to be held without preconditions and follow a phone between Zelensky and Alexander Lukashenko, the Belarusian president.

“Alexander Lukashenko will ensure all planes, helicopters and missiles stationed on Belarusian territory remain on the ground during the Ukrainian delegation’s travel, talks and return.”

In a dramatic escalation of East-West tensions over Russia’s invasion of Ukraine on Sunday, Putin has ordered Russian nuclear forces to be put on high alert in response to what he called “aggressive statements” by leading Nato powers.

The order means Putin wants Russia’s nuclear weapons prepared for increased readiness to launch and raises the threat that Moscow’s invasion of Ukraine and the West’s response to it could boil over into nuclear warfare.

Amid the worrying development, the office of Ukraine’s president said a delegation would meet with Russian officials as Moscow’s troops drew closer to Kyiv.

Putin, in giving the nuclear alert directive, cited not only the alleged statements by Nato members but the hard-hitting financial sanctions imposed by the West against Russia, including the Russian leader himself.

Speaking at a meeting with his top officials, Mr Putin told his defence minister and the chief of the military’s General Staff to put the nuclear deterrent forces in a “special regime of combat duty”.

“Western countries aren’t only taking unfriendly actions against our country in the economic sphere, but top officials from leading Nato members made aggressive statements regarding our country,” the Russian president said in televised comments.

Putin threatened in the days before Russia’s invasion to retaliate harshly against any nations that intervened directly in the conflict in Ukraine, and he specifically raised the spectre of his country’s status as a nuclear power.

The US ambassador to the United Nations responded to the news from Moscow while appearing on a Sunday news programme.

“President Putin is continuing to escalate this war in a manner that is totally unacceptable,” ambassador Linda Thomas-Greenfield said.

“And we have to continue to condemn his actions in the most strong, strongest possible way.”

The practical meaning of Putin’s order was not immediately clear. Russia and the United States typically have the land-based and submarine-based segments of their strategic nuclear forces on alert and prepared for combat at all times, but nuclear-capable bombers and other aircraft are not.

Around the same time as Putin’s nuclear move, Ukrainian President Zelensky’s office said on the Telegram messaging app that the two sides would meet at an unspecified location on the Belarusian border.

The message did not give a precise time for the meeting. The announcement came hours after Russia announced that its delegation had flown to Belarus to await talks.

Ukrainian officials initially rejected the move, saying any talks should take place elsewhere than Belarus, where Russia placed a large contingent of troops. Belarus was one of the places from where Russian troops entered Ukraine.