The students think they know more science than adults. 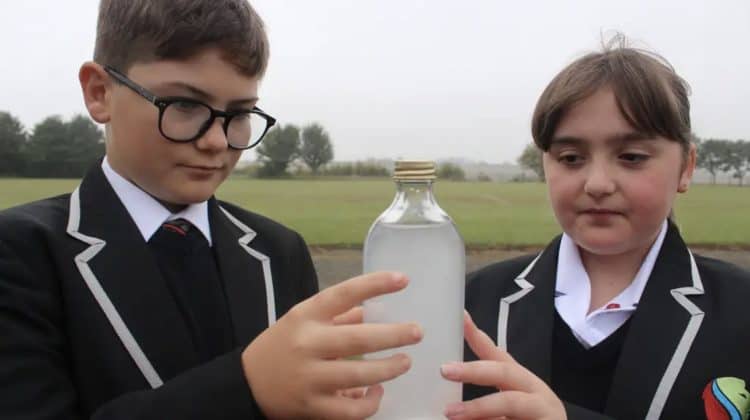 Science pupils will send carbon dioxide in a bottle to Tory climate tsar Alok Sharma in a bid to highlight the seriousness of climate change.

The Stamford Welland Academy experiment used everyday objects such as drain cleaner to show how carbon dioxide can be captured from the air.

‘We know more science than adults’

Ruby, 15, told PA news agency: “Our generation is often accused of jumping on the save-the-planet bandwagon whilst not having realistic solutions to the problem.

“But we probably know more science than most of our parents.”

Between five and 10 billion tones of carbon dioxide need to be retracted from the atmosphere on an annual basis for the next few decades.

But although the upcoming UK-led global summit offers a chance to tackle such urgent environmental needs, it is not without criticism towards Britain’s handling of the meeting.

Firms that spent millions of pounds to sponsor the Cop26 climate summit later this month labelled the event as “mismanaged” and “very last minute”.

The UK government also came under fire recently for telling its trade negotiators to not let environmental concerns get in the way of post-Brexit trade deals, according to a leaked document.

At the time, prime minister Boris Johnson labelled the report as “sobering reading”, and called for the world to “take action now”.