Archbishop of Canterbury Tweeted: 'As we start to see where the cuts to overseas aid are falling, a picture of broken promises to people living in extreme poverty is emerging. This was inevitable, but it is still shocking. We must put it right." 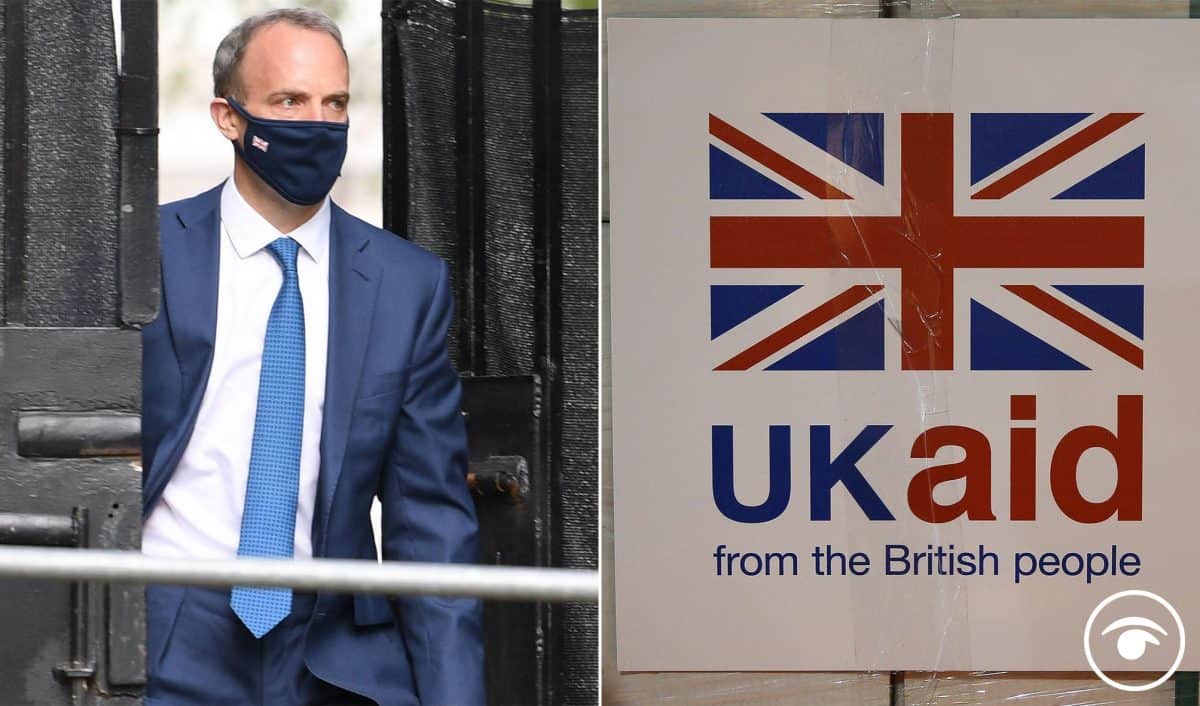 A scheme designed to allow NHS staff to assist with health training in developing countries has been hit with a £48 million cut as part of wider overseas aid reductions, according to a charity. It comes as the Government indicated it would spend £200 on a new Royal Yacht.

One Twitter user Tweeted: ‘we have cut overseas aid, so we can afford to spend £200m on a #RoyalYacht that we can park off the coast of desperately poor nations we used to help, and shout encouraging words from the cocktail deck.”

We have cut overseas aid, so we can afford to spend £200m on a #RoyalYacht that we can park off the coast of desperately poor nations we used to help, and shout encouraging words from the cocktail deck.

Archbishop of Canterbury Tweeted: ‘As we start to see where the cuts to overseas aid are falling, a picture of broken promises to people living in extreme poverty is emerging. This was inevitable, but it is still shocking. We must put it right.”

As we start to see where the cuts to overseas aid are falling, a picture of broken promises to people living in extreme poverty is emerging. This was inevitable, but it is still shocking. We must put it right. https://t.co/cmSKtJvzCm

Chiefs from the Tropical Health and Education Trust (THET) said the cutback was a “punch in the gut” and would see collaborative work planned with 500 health facilities across Africa and Asia scrapped.

It is the latest cut to emerge from the Government’s decision to break its manifesto commitment to maintain spending at 0.7% of national income by lashing it to 0.5% in 2021/22.

The UK Partnerships for Health Systems (UKPHS) programme, set up by THET and the Liverpool School of Tropical Medicine (LSTM), would have seen NHS staff provide training to 78,000 healthcare professionals in countries such as Nepal, Uganda, Ethiopia, Bangladesh and Myanmar.

The training would have included care for children with cancer and improving maternal and neonatal care, the trust said.

Due to be implemented across 2020-2024, the trust said the funding for the five-year programme was approved by the Foreign, Commonwealth and Development Office (FCDO) in December 2019 when the Department for International Development (DfID) was still a separate entity in Whitehall.

But the trust said it was informed last month that the investment would be cancelled although £1.2 million of British taxpayers’ money has already been spent which cannot be recouped, it added.

The charity estimates that the decision will mean that more than 500 health facilities across the developing nations the money was earmarked for will no longer receive any support through the programme.

Ben Simms, chief executive of THET, said: “When the Government announced this scheme more than 12 months ago, hundreds of NHS staff volunteered to support their call to assist colleagues overseas facing rising tides of Covid-19.

“They did so with urgency, building on long-standing partnerships between NHS institutions and their counterparts in Africa and Asia, many nurtured by UK Aid for over a decade.

“Their response was a recognition of the global nature of this pandemic and of the necessity for the NHS to take lessons from other nations about pandemic preparedness and response.

“The abrupt cancellation is a punch in the gut for staff who have spent weeks in preparation, and the hundreds of thousands of patients who were set to benefit from the sharing of UK expertise.”

Crossbench peer Lord Crisp, a former NHS chief executive and THET patron, said: “Cancelling this programme damages health care in some of the poorest countries in the world and does severe harm to the UK’s reputation.”

Other overseas aid funding cuts to have trickled out recently include an 85% reduction to the UN sexual and reproductive health agency, which it branded “devastating” for women, girls and their families around the world.

Unicef’s UK funding announced on the weekend it is due to take a hit of around 60%, while a report by media outlet Devex said ministers are planning to reduce funding for polio eradication by 95%.

A leaked memo has also suggested that the UK will slash bilateral funding for overseas water, sanitation and hygiene projects by more than 80% – a move WaterAid described as “savage”.

An FCDO spokesperson said: “The seismic impact of the pandemic on the UK economy has forced us to take tough but necessary decisions, including temporarily reducing the overall amount we spend on aid.

“We will still spend more than £10 billion this year to fight poverty, tackle climate change and improve global health.

“We are working with suppliers and partners on what this means for individual programmes.”