Similar moves by the French government to raise the retirement age to 64 have resulted in more than a million people taking to the streets. 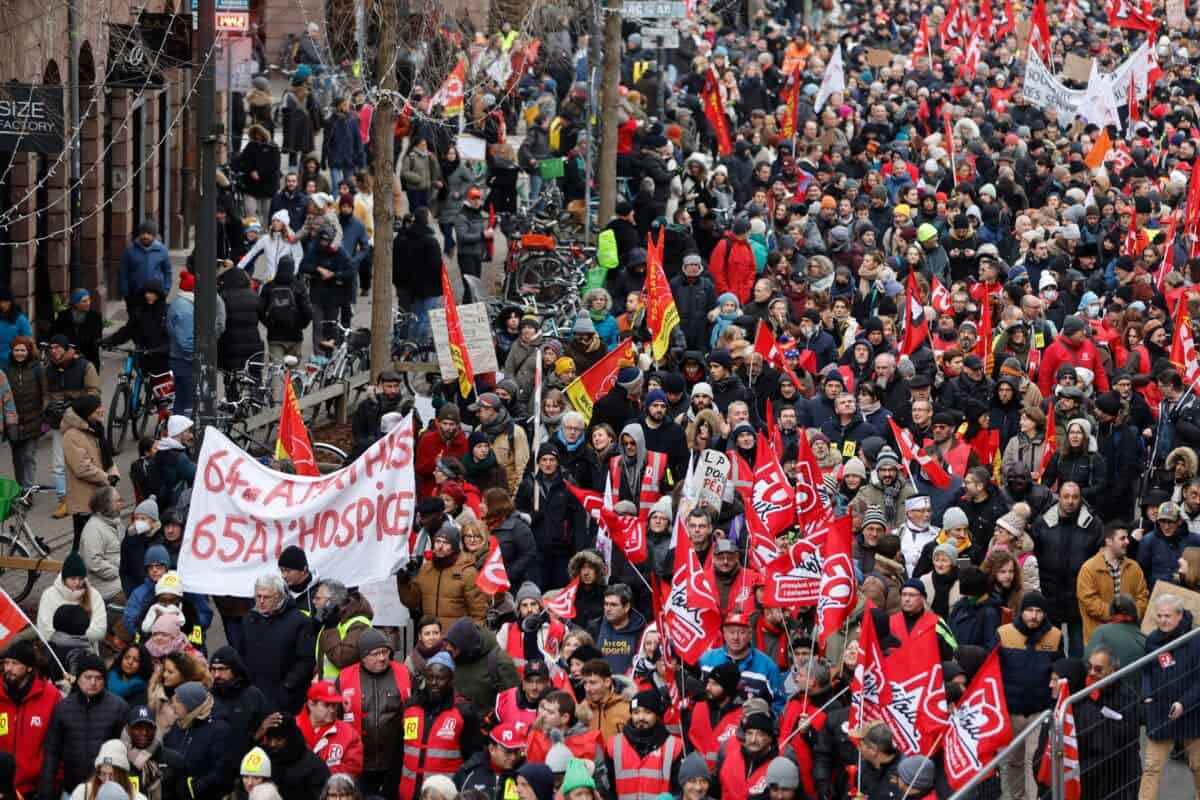 Speculation is mounting that the UK government could be about to raise the retirement age to 68 before the end of the 2030s.

Those born in the 1970s and later could be told they must work for longer as early as the chancellor’s March budget.

Ministers want to raise the state pension age to 68 several years earlier than planned in a “big bazooka” bid to raise billions for the Treasury.

But chancellor Jeremy Hunt and prime minister Rishi Sunak have been warned that they were “playing with fire” if the change came before the next general election.

A government source told The Sun: “There is a real risk that more people will die before they reach retirement and can draw their pensions, given the change in life expectancy projections since 2017 if we were to bring the state pension age increase too far forward.

“That would be especially true of people in the most deprived areas of the country where life expectancy is already lower.”

In France, millions took part in rallies across the country against unpopular pension reforms that will raise the country’s retirement age from 62-years-old to 64-years-old.

French president Emmanuel Macron vowed to press ahead with the move but will face waves of civil unrest in the process.