Campaigners have criticised MPs for voting against a Lords amendment. 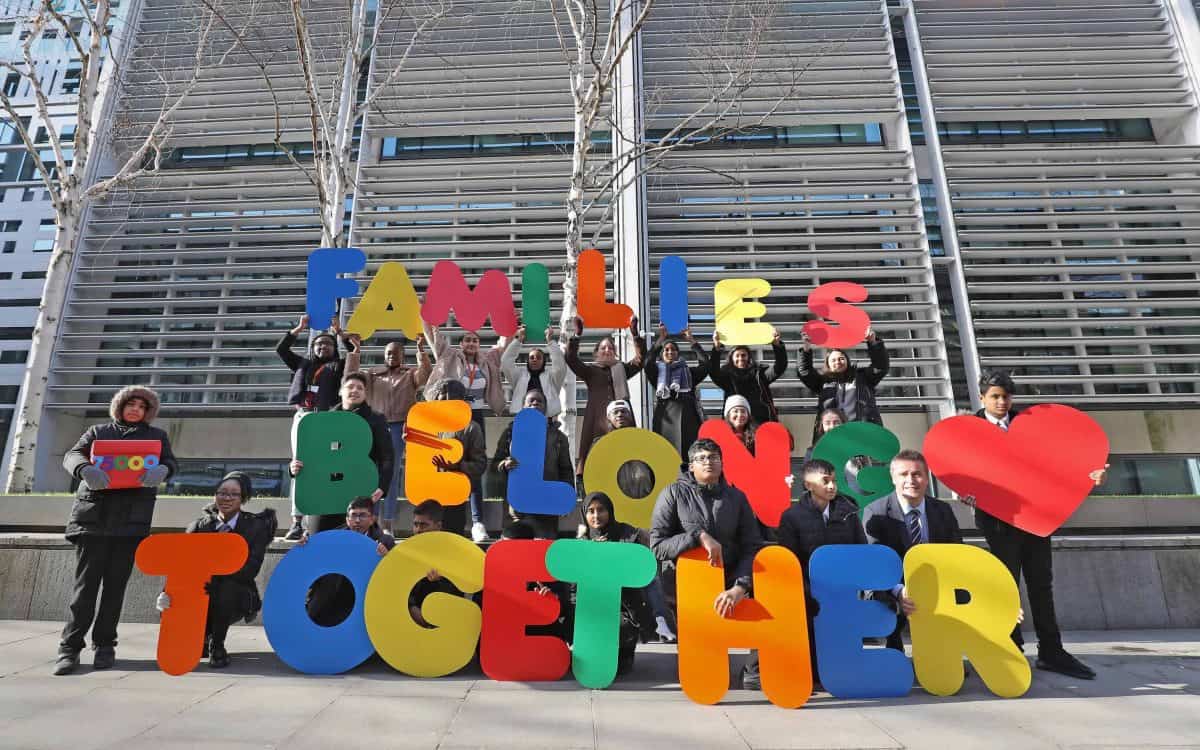 The Government has been urged to ensure the rights of unaccompanied child refugees to be reunited with their families by protesters who revealed how some youngsters said they had witnessed horrors including a baby being killed by a people smuggler.

A march by refugees already separated from their families came after MPs voted against a Lords amendment to the EU Withdrawal Agreement Bill that would have guaranteed refugee children to join relatives in the UK after Brexit.

The vote against the change was met with criticism from campaigners and a petition was started by Amnesty International UK in collaboration with 52 other refugee organisations.

Holding Families Belong Together banners a group of students from Oaklands School in east London, some refugees and human rights workers walked to the Home Office to hand over the 75,000 strong petition.

The law currently allows adult refugees in the UK to sponsor their families to join them here, but children do not have that right.

The human rights groups said it is demanding the Government allows child refugees in the UK the right to sponsor their close family, an expansion on who qualifies as family, so that young people who have turned 18 and elderly parents can join their relatives, and a legal aid for refugee family reunion cases.

Campaign manager at Amnesty International UK, Tom Davies, 45, said that the “cruel and restrictive rules” needed to be removed and that child refugees needed to be made a “priority”.

He said: “Here in the UK there are many vulnerable children who need to be with their families and being separated from them is not a good thing and the Government is doing that intentionally.”

Mr Davies revealed the horrors endured by some refugees including a Sudanese teenager called Habib, who fled his country and sought refuge in the UK after being arrested over his father’s political campaigning.

After being “tortured” he left for Libya on a boat where he claimed to have witnessed the murder of a baby by a smuggler, Mr Davies said.

“He was then on a boat to come to Europe and it sank and he saw people drown.

“Horrific, horrific experiences both in his home country and on his journey to the UK and then to be separated from his loved ones because of these rules is beyond cruel,” Mr Davies said.

SNP MP Angus MacNeil, who marched with the students, told the PA news agency: “The pressure is on the Government to make this change.

“In nearly all countries in Europe children have the same rights of family reunion as adults do.

“It’s not a big ask actually,” he added.

He added: “Unfortunately the Government isn’t going to take any action unless pressure is placed on them.”

Mr MacNeil claimed former leader of the House of Commons, Andrea Leadsom and whip Rebecca Harris were of “no help” during his private members’ bill on the issue but he hopes for a “change of heart and that the right thing is done in the end”.