“The history of him and Michael Fawcett is that when things go pear-shaped, Charles disappears into the background and pretends he doesn’t know the bloke..." 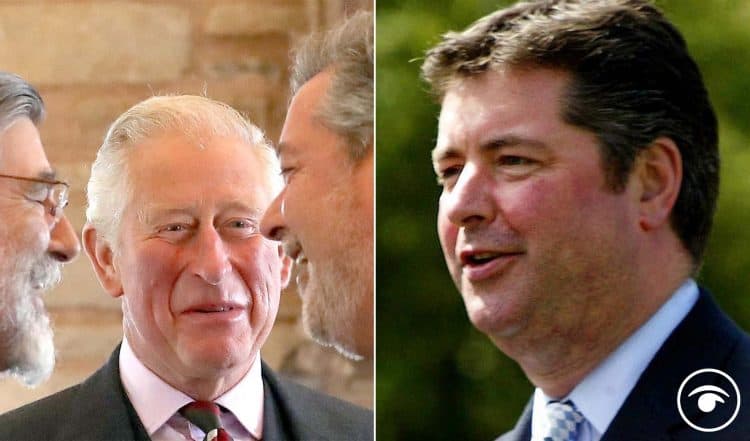 The Prince of Wales’s most trusted aide could face a police investigation into cash-for-honours claims.

Former royal valet Michael Fawcett is accused of promising to help secure a knighthood and British citizenship for a Saudi billionaire donor.

Mr Baker, the author of a book about royal family finances entitled And What Do You Do? said: “There appears to be prima facie evidence that an offence has been committed under the 1925 Honours (Prevention of Abuses) Act and it needs to be investigated.”

He called on Charles to make a statement, saying: “The prince should own up and accept responsibility for this.

“The history of him and Michael Fawcett is that when things go pear-shaped, Charles disappears into the background and pretends he doesn’t know the bloke and Michael falls on his sword, and then when a decent period of time has elapsed he gets brought back in when no-one is looking.”

A spokesman for Scotland Yard said: “We are aware of the media reports and await further contact in relation to this matter.”

Mr Fawcett has stepped down temporarily from his role as chief executive of The Prince’s Foundation, while the charity investigates his actions.

The Mail on Sunday published a letter from 2017 in which Mr Fawcett reportedly wrote that he was willing to make an application to change businessman Mahfouz Marei Mubarak bin Mahfouz’s honorary CBE to a KBE, and support his application for citizenship.

The letter, written on headed notepaper in Mr Fawcett’s then capacity as chief executive of the Dumfries House Trust, said the applications would be made in response to “the most recent and anticipated support” of the Trust.

Mr Mahfouz, who is listed as a supporter on The Prince’s Foundation website, is said to have donated large sums to restoration projects of particular interest to Charles. He is said to deny any wrongdoing himself.

Mr Fawcett was Charles’s most indispensable aide, with the prince once declaring: “I can manage without just about anyone, except for Michael.”

It fell to Mr Fawcett to squeeze out the future king’s toothpaste when he broke his arm playing polo.

He quit as Charles’s personal assistant in 2003 after being dubbed “Fawcett the Fence” and accused of selling royal gifts.

He faced allegations of selling unwanted royal gifts and pocketing a percentage of the proceeds, but was cleared by an internal inquiry of any financial misconduct.

The Peat Inquiry, headed by Charles’ then private secretary Sir Michael Peat, found Mr Fawcett did “infringe internal rules relating to gifts from suppliers” but could not be severely criticised because the rules were not enforced and he made no secret of such gifts.

Yet the report painted a picture of Mr Fawcett as an alleged bully who enjoyed lavish perks and privileges and accepted valuable gifts from outsiders.

He resigned with an undisclosed cash severance package and an agreement to work as the prince’s freelance events manager, and went on to set up his party planning company Premier Mode.

He organised the private party for the Queen’s 80th birthday, hosted by Charles, and took charge of Charles and Camilla’s engagement celebration dinner at Windsor in 2005.

A Clarence House spokesman said: “It is right that The Prince’s Foundation is taking the investigation so seriously and we will not be commenting further whilst it is ongoing.”