Andrew is currently trying to lay low at Balmoral with the Queen. 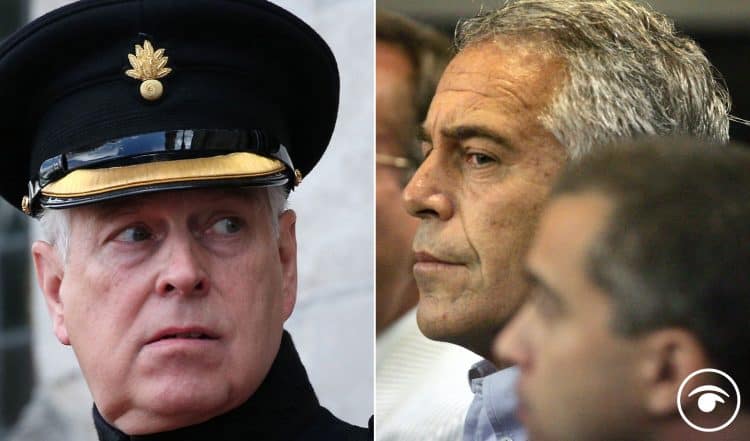 The Met Police Commissioner said “no-one is above the law” when questioned about claims of sexual assault against the Prince Andrew.

Dame Cressida Dick added that she has asked officers to again review allegations connected to late convicted sex offender Jeffrey Epstein, having so far decided not to open an investigation.

Appearing on LBC Radio on Thursday morning, Dame Cressida was asked what inquiries have taken place into the allegations from Virginia Giuffre concerning the the Queen’s son.

The Duke of York and his ex-wife Sarah Ferguson left Windsor for Scotland hours before a US summons was also sent to his Windsor home.

It comes as Prince Charles has reportedly said his brother, the Duke of York, will never return to public life because of the “spectre” of his links to convicted  Jeffrey Epstein.

According to The Times, they said that while Charles “loves his brother and has the ability to have sympathy for the slings and arrows that his brother endures”, the prince had “long ago concluded that it is probably an unsolvable problem”.

“This will probably further strengthen in the prince’s mind that a way back for the duke is demonstrably not possible, because the spectre of this [accusation] raises its head with hideous regularity,” the source was quoted as saying.

The American claims she was trafficked by Epstein, Andrew’s former friend, to have sex with the duke when she was 17 and a minor under US law.

Andrew has vehemently denied the allegations in the past, and a spokesman for the duke said there was “no comment” when asked to respond to Ms Giuffre filing a civil suit for damages in the US.

Dame Cressida told LBC: “I’m not going to talk about individuals, but what I can say is that I think what you’re referring to is associated with Jeffrey Epstein, who I will talk about since he is deceased.

“And the position there is that we have had more than one allegation that is connected with Mr Epstein and we have reviewed those, assessed those, and we have not opened an investigation.”

She said the force looked at three things: “Is there evidence of a crime, is this the right jurisdiction for this to be dealt with, and is the person against whom the crime is alleged still alive?”

“We have concluded that there is no investigation for us to open and we haven’t,” she said, adding it was the “right decision” after advice from the Crown Prosecution Service and being reviewed twice.

Dame Cressida added: “I’m aware that currently there is a lot more commentary in the media and an apparent civil court case going on in America and we will, of course, again review our position… but at the moment there is no investigation.”

She said the Met is “open to working with authorities from overseas”, adding: “As a result of what’s going on, I’ve asked my team to have another look at the material.”