The illicit cargo was was seized at Harwich in Essex 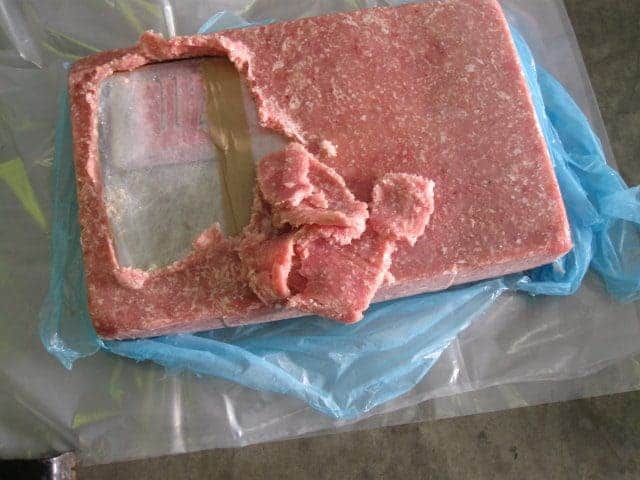 Cocaine with a street value of more than £20 million has been found in a consignment of frozen meat.

A Dutch truck driver has been charged after over 200 kilos of the Class A drug was found wrapped in frozen meat in the back of a refrigerated lorry at Harwich docks in Essex.

Police say Robert Tromp, 48, from Hillegom in the Netherlands was stopped at Harwich International Port after Border Force officers searched his truck on Monday.

Officers found £20 million worth of cocaine wrapped in frozen “blocks of meat”.

Jacque Beer, National Crime Agency (NCA) branch commander, said: “While forensic checks are still being carried out on this seizure, it is likely that the total haul would have had a street value in excess of £20 million once cut and sold at a street purity level.

“Our investigation into those responsible is continuing, but we can say that this will have put a big dent in the profits of the criminal network likely to be behind it and caused them substantial disruption.”

The meat was loaded onto pallets in the back of a Dutch-registered truck, which arrived from the town of Hook near Rotterdam in Holland on Monday.

Commander Beer added: “The illicit drug trade is a key driver behind the gang violence and exploitation we see on UK streets, which is why we, along with partners like Border Force, are determined to do all we can to stop drugs at source and protect the public.

“This was an excellent detection by our Border Force colleagues.”

Tromp, who appeared before Colchester Magistrates in Essex earlier today, was remanded in custody.

He is due to appear at Chelmsford Crown Court on December 12th.