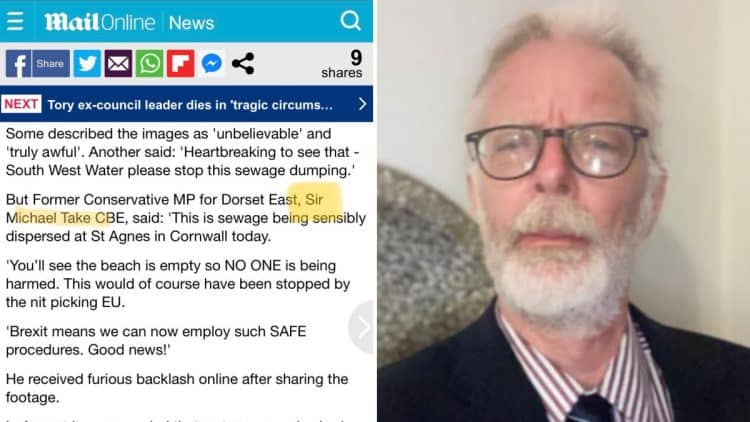 The Daily Mail’s dependability for reputable, well-sourced journalism took another hit this weekend after the newspaper quoted a parody account in an article about sewage dumping at UK beaches.

Instances of sewage dumping have gone up dramatically since Brexit, with Boris Johnson’s father Stanley saying Britain faces “a long slog” now that he doesn’t have “the backing which the EU framework gave”.

Johnson recalled how “Britain was known as the dirty man of Europe” before it joined what is now known as the European Union in 1973 – due to the lack of statistical measurement of water quality at UK beaches.

He told LBC that European regulations during that period “transformed the quality of bathing water around the whole of Europe” and the UK “really did get a cleanup”.

Reporting on the latest discharge in Cornwall, the Daily Mail chose to quote Sir Michael Take (Mickey Take) in their coverage after he posted these comments on social media.

Needless to say, Sir Michael and a few others were surprised to see his comments turn up in such a highly regarded newspaper…