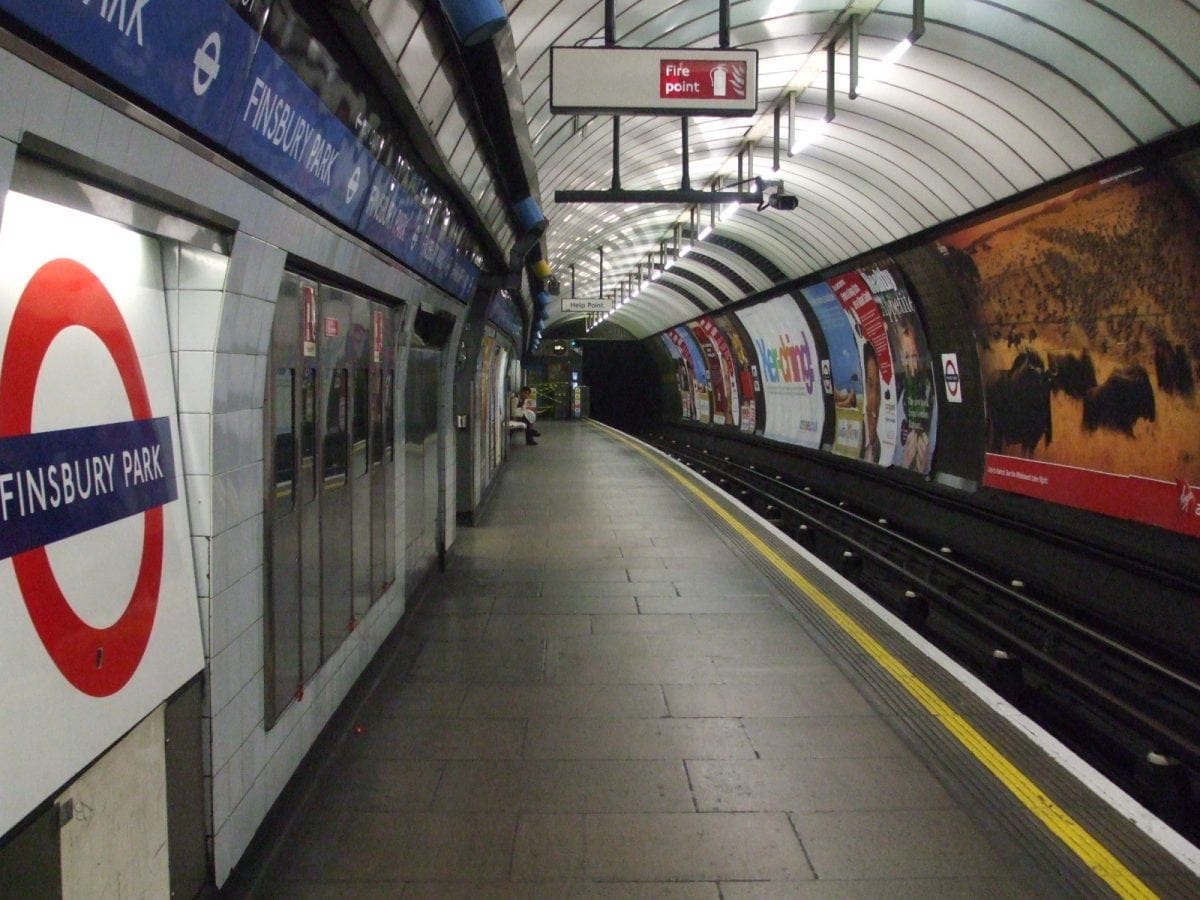 A thug punched a pregnant woman in the stomach on a busy tube train platform in an unprovoked attack.

Police are hunting the brute who also pulled the terrified mum-to-be’s hair after sneaking up on her from behind in front of horrified commuters.

The attack happened just after 9am last Monday morning at Finsbury Park station in north London.

The suspect – described as a balding white man in his forties – was tackled by fellow passengers before getting away.

A British Transport Police (BTP) spokesman said: “Detectives investigating an assault on board a Victoria Line train in London are today appealing for witnesses and further information.

“Between 9.10am and 9.15am on 24 September, a pregnant woman was making her way to join a southbound train at Finsbury Park station.

“The platform was busy and the woman went to a quieter area to join an approaching train.

“The woman made her way past a group and was approached by a man from behind who struck her to the right of her abdomen.

“The victim challenged the man, saying she was pregnant. He then pulled her hair, before other passengers intervened.”

He added: “The man was white, aged in his forties, tall and of a large build.

“He was balding and was wearing a hoodie and a black rucksack.

“A number of enquiries are already underway, however officers are appealing for witnesses and for help in identifying the suspect.

“If you know someone matching the above description, or if you witnessed what happened, contact BTP.”