"Something that we have never been able to figure out the purpose of......projected onto stonehenge" 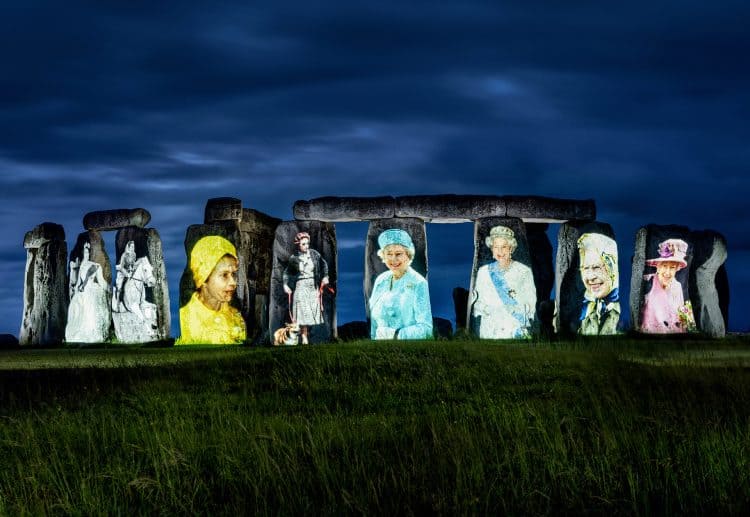 More than 70,000 big Jubilee lunches are planned in the four UK nations over the weekend, but one sport where the Queen has become a focus is Stonehenge.

An expected 10 million people set to sit down with their neighbours on June 5, the Department for Digital, Culture, Media and Sport (DCMS) previously said.

However, projecting images of the Queen on Stonehenge has not to been welcomed by all.

The Salisbury monument first became an important structure around 5,000 years ago.

Red deer, elk and wild boar would have roamed opened woodland and meadow-like clearings in the area of Stonehenge 4,000 years before the iconic standing stones were constructed, according to new research.

Scientists from the University of Southampton have examined Blick Mead, a Mesolithic archaeological site about a mile away, and found that the area had not been covered in dense, closed-canopy forests as previously thought.

Instead, they believe that it would have been populated by grazing animals and hunter-gatherers.