The wife of ex-PM David Cameron added that Carrie Symonds was subjected to "sexist" briefings in the press. 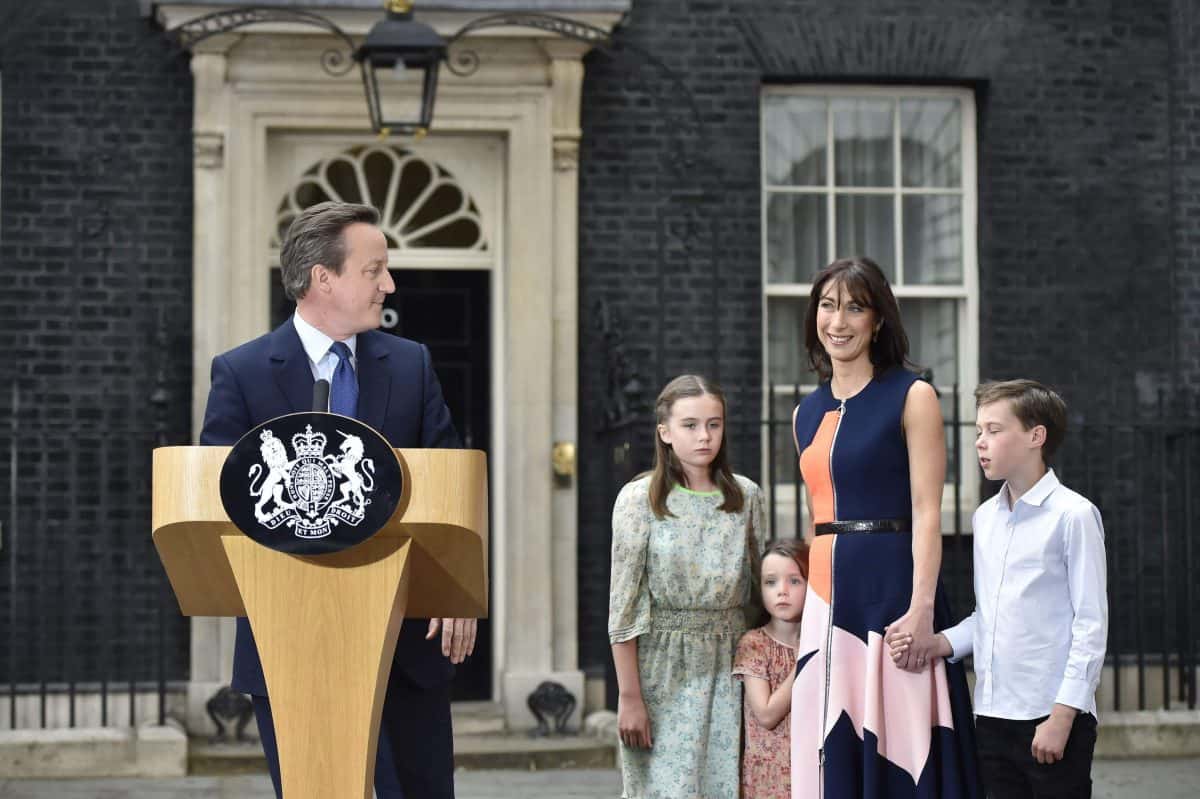 Samantha Cameron has said her fashion brand is finding trading with the EU after Brexit “challenging and difficult”.

Speaking to Woman’s Hour on BBC Radio 4, the wife of ex-Prime Minister David Cameron – who called the Brexit referendum and promptly resigned after losing it – admitted to “teething issues” in trading with the EU – and urged ministers to talk to small firms.

She discusses the issues with her husband, who campaigned to Remain, she added. “[We] definitely deal with having this problem at work,” Mrs Cameron said.

Having worked as the director of fashion brand Smythson of Bond Street before her husband entered Downing Street in 2010, Mrs Cameron founded her own company – Cefinn – after he had left office.

Giving her first solo broadcast interview, she was asked whether her company – which focusses on contemporary womenswear – had experienced any supply chain issues since Britain formally severed ties with Brussels earlier this month.

She said: “There’s been a bit of that – I think a mixture of Covid and Brexit, actually, although there would be no issues trading with the US or outside the EU.

“Until they sort out some of [what] I hope [is] teething issues, definitely trading with the EU, if you’re bringing goods into the country from outside the UK, and then trying to sell them back into Europe, that currently is challenging and difficult.”

Mrs Cameron urged Boris Johnson to “talk to all the businesses out there who are in a similar position to me, of which there are lots”.

She added: “It is the smaller businesses [affected] because we can’t afford to have warehouses in Europe and that sort of thing. And I’m sure there are ways of sorting it out.

“Unless some of the expense and cost of doing that is looked at, it will be challenging.”

Elsewhere in the interview, Mrs Cameron said that the way Boris Johnson’s fiancee Carrie Symonds was briefed against in the media was sexist.

Symonds, a former Conservative Party head of communications, was derogatorily termed “Princess Nut Nut” by allies of Dominic Cummings, according to briefings in the press.

Asked by host Emma Barnett whether the treatment of Johnson’s wife-to-be was “flagrantly sexist”, she replied: “I think it is.

“I mean, I think it could happen if you were a husband or wife potentially, but I think that it is very unfair to pick her out as having some kind of undue influence.”

Mrs Cameron said the term “Princess Nut Nut” was “very harsh”, and the environment campaigner should not “have that kind of criticism laid at her door”.

She added: “In my view, your husband or partner is the prime minister, they’re quite able to take decisions themselves, they have a huge team of advisers.

“And so the idea that it’s the wife, that you’re somehow influencing them over and above what they think or what advice they’re getting from their team, I think it’s kind of demeaning, really, for the Prime Minister.”

Related: ‘We did everything we could’: Really, prime minister?