Alexander Perepilichnyy, 44, was being pursued for millions in Russia including from a company with links to the alleged killer of Alexander Litvinkenko 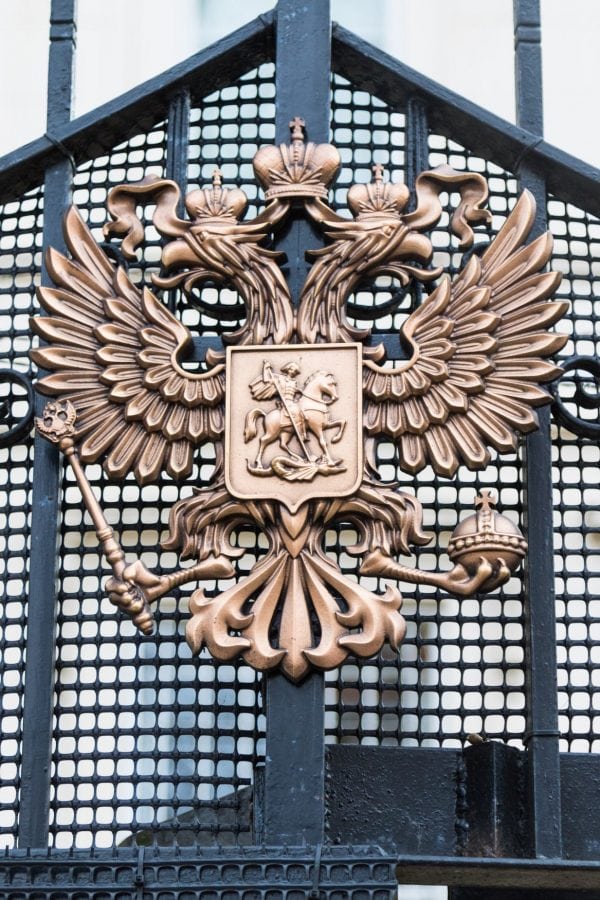 A Russian businessman and whisteblower who collapsed and died while out jogging avoided returning to his homeland as he “feared for his life”, an inquest heard today (tues).

Alexander Perepilichnyy, 44, was being pursued for millions in Russia, including from a company with links to the alleged killer of Alexander Litvinkenko, the hearing at the Old Bailey was told.

He died near his home in Weybridge, Surrey in November 2012.

Traces of plant-based poison were found in his stomach after he had eaten sorrel soup, the inquest previously heard.

An inquest into his death resumed today before Coroner Nicholas Hilliard QC.

Dimitry Lipkin, a corporate lawyer based in Moscow, who represented Mr Perepilichnyy in litigation in Russia over his debts, appeared by video link.

In one case, Mr Perepilichnyy was being pursued for a $3million and £3million in debts, the inquest heard.

Mr Lipkin said he had also represented an investment firm called the Hermitage Foundation, but did not know if it had any connection to Hermitage Capital Management.

He first met Mr Perelipichnyy in London in November 2010 at a restaurant in Regent Street.

Mr Lipkin said: “We had information which was used in proceedings that he didn’t fly to Russia because he was fearful for his life.”

But he told the court he had no information whether the threat was from a person or organisation, adding: “As far as I am aware, he didn’t try to bring any criminal cases.”

Peter Skelton QC, counsel to the inquest, asked: “Was the threat Mr Perepilichnyy described a threat to his personal safety or to his finances?”

Mr Lipkin said they were hired to represent his limited civil matters, and Mr Perepilichnyy did not discuss his business matters with them.

He added: “This story about threats to his life was only discussed in very early stages.”

On if the threats were associated with the litigation, Mr Lipkin replied: “I cannot answer this question as I don’t have any information.”

Mr Skelton went on: “Are you aware of anyone from the Russian government that has ever threatened Mr Perepilichnyy?”

Mr Skelton continued: “Are you aware of any organised criminals that might have threatened Mr Perepilichnyy?”

On if Mr Perepilichnyy had ever spoken of his connection with an alleged fraud involving Hermitage Capital Management, he said he had learned about it from the press.

Mr Skelton said: “Were you acting for Hermitage in respect of the alleged fraud at this time?”

“We don’t discuss the matters of our clients with other clients.”

The inquest heard Mr Perepilichnyy was being pursued by Dzhirsa in the courts.

Asked if he had heard of that, Mr Lipkin said: “Yes, possibly.”

Mr Skelton said: “So you have heard of Dmitry Kovtun?”

He answered: “Litvinenko’s case was quite a big one, so yes.”

But he said “I don’t remember such detail” when asked if he was aware of the connection between Mr Kovtun and Dzhirsa.

He was asked whether it was the type of company which would “resort to a threat of physical violence” if they lost a case.

He replied: “I don’t know anything about it. But this particular case we won.”

During court proceedings involving Dzhirsa, he had told the judge Mr Perepilichnyy “was not in Russia because he feared for his life”, the inquest heard.

Mr Skelton asked: “Do you have any information as to who might have a motive to kill Mr Perepilichnyy?”

He said he did not, and he did not know anyone with information that he was being threatened or that somebody might want to kill him.

“One was he couldn’t go to Russia to fight those cases, and say no, that’s not my signature.

“The second problem was he had great difficulty in finding money to meet his creditors because his main bank accounts had been frozen.

“And he told you that in Skypes.”

Mr Moxon Browne said Mr Lipkin had acted for Hermitage in about 40 different litigation cases from 2008 related to a VAT fraud.

Mr Lipkin said it was possible he was introduced to Mr Perepilichnyy by Hermitage.

Mr Lipkin denied this, and said they acted specifically for Mr Perepilichnyy in matters trying to recover the funds, while their work with Hermitage was to do with arbitration.

Mr Moxon Browne put to him that he knew Mr Kovtun had fallen ill from exposure to polonium and was given a medal by President Putin.

Mr Lipkin replied: “I am not familiar with the case of Mr Litvinkenko, but I can say I don’t remember the connection of Mr Kovtun with Dzhirsa.”