"Has he heard of priests?", wrote James Felton. 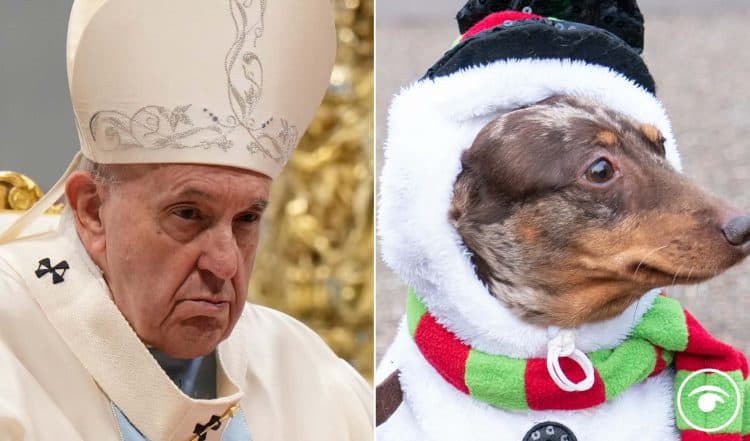 The Catholic Church has managed to rub up cat and dog owners across the world in one fell swoop.

The Pope said humans who have pets instead of children are selfish in a bizarre tirade.

Many would argue we have more than enough people on the planet and resources are running dry.

However, it is worth pointing out Italy’s birth rate hit a 160-year low.

Birth rates in the country fell for the 12th consecutive year in 2020, reaching their lowest level since 1861.

During a general audience at the Vatican, the Pope said: “Today … we see a form of selfishness. We see that some people do not want to have a child. Sometimes they have one, and that’s it, but they have dogs and cats that take the place of children. This may make people laugh but it is a reality.”

Well, this has really got a lot of people angry and pet owners made their feelings felt.

These were the not-so-cuddly responses…