“The message from the British public is clear: hands off the Human Rights Act." 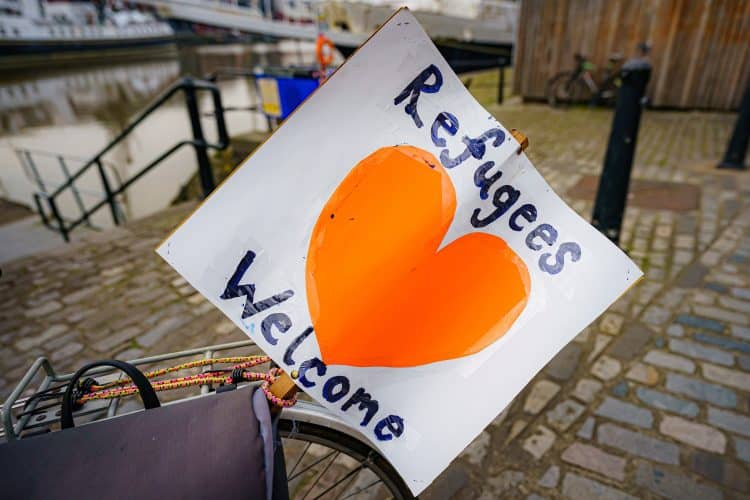 New public opinion polling commissioned by Amnesty International and released one week on from the Queen’s speech, shows that the UK public strongly opposes controversial Government plans to repeal the Human Rights Act.

The poll, conducted by Savanta ComRes, also showed that the public believes that events in Ukraine have made it more important for the UK to be upholding human rights at home and abroad.

Almost four out of five (79%) of those surveyed said that Russia’s invasion of Ukraine had made it more important that countries like the UK uphold human rights, while almost two thirds (65%) believed that reducing human rights protections in the UK would have a negative impact on the UK’s ability to stand up for human rights on the global stage.

The findings are published as the Government moves closer to repealing the Human Rights Act and replacing it with a Bill of Rights, plans for which were set out in the Queen’s Speech this week.

Concern over the plans was not limited to the perceived international repercussions, with almost three quarters of people (73%) saying they thought it was important to have the Human Rights Act as a safety net to be able to hold the Government to account when things go wrong such as Hillsborough or the handling of the pandemic.

Campaigners believe this is a significant finding given that the Government is likely to seek to reduce such ‘positive obligations’ in the Bill which will replace the legislation. Currently, ‘positive obligations’ apply to all public authorities, requiring them to take positive steps to protect rights rather than merely restrain themselves from violating them. These provisions are an integral part – say campaigners – of the ability of families to secure effective public inquiries into deaths where the state may be responsible, as in the case of the forthcoming Covid Inquiry.

“The Government is hellbent on ripping up the Human Rights Act and watering down the powers it gives ordinary people to challenge ministers and public authorities.

“The horrors of Ukraine have brought the value of basic human rights home to everyone in this country.

“The British people want the UK to be champion of human rights, not a wrecker.”

The Amnesty poll shows that despite successive Governments taking aim at the Human Rights Act, repealing it remains a very low priority in the minds of the public.

Those polled were invited to choose from a list of possible priority concerns. The most popular choice, with more than half selecting it (57%), was the belief that ‘Ensuring the NHS is properly funded’ should be a top three concern for the Government. Meanwhile 43% thought ‘Ensuring economic recovery’ ought to be a key Government’s key priority in the coming year. Repealing and replacing the Human Rights Act was the least-selected option, with only 7% of the population ranking it in their top three issues for the year ahead.

More than half of the UK population (56%) also said they do not trust the Government to decide what their human rights should be.