The two bodies were found in a chest freezer at a flat in Canning Town, east London 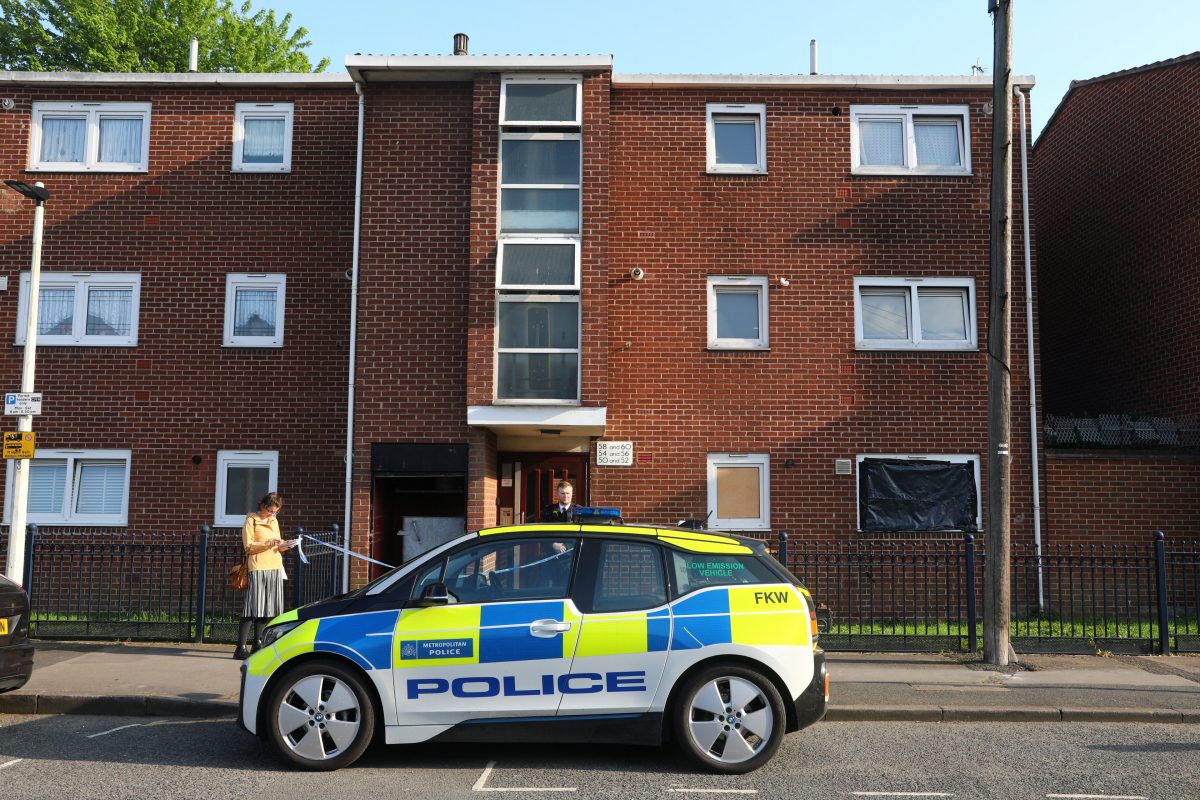 One of two women found dead in a freezer has been named by Murder Squad detectives.

Police say Mihrican Mustafa, 38, was reported missing last May by her family who live near the flat where the bodies were found last Friday.

The mother-of-three – also known as MJ – frequented the Canning Town area, according to detectives.

But the cause of her death has yet to be established.

Now, as she was a missing person, the Met Police has referred itself to the Independent Office for Police Conduct in accordance with agreed protocols.

Detective Chief Inspector Simon Harding said: “We are now confident that one of the females found is MJ.

“As you can imagine, this is a devastating time for her family and we would ask for their privacy to be respected.

“MJ was reported missing in May 2018. As yet we don’t know when she died; a post-mortem examination is ongoing.

“I would appeal for anyone who knew MJ and may have information about what happened to her and in particular her association with the address in Vandrome Road where she was found to come forward.

“Did you see her just before or maybe even after she was reported missing? What was she doing? Who was she with?”

He said efforts to identify the second body are continuing.

Post-mortems are underway, but DVI Harding said they are likely to take “several days” to conclude.

He added: “Officers are working to build up a comprehensive picture of activity that took place at the address in Vandome Close.

“They know it was a property that various people used to stay at, transient members of the community who moved from address to address. It was also frequented by drug users.”

Zarhid Younis, 34, was remanded in custody earlier this week charged with two counts of preventing the lawful and decent burial of a dead body.

A 50-year-old man arrested on suspicion of murder on Monday was released under investigation.