The victims were all assaulted on the night of Sunday, September 1 in the space of 60 minutes on Soho Road, Birmingham 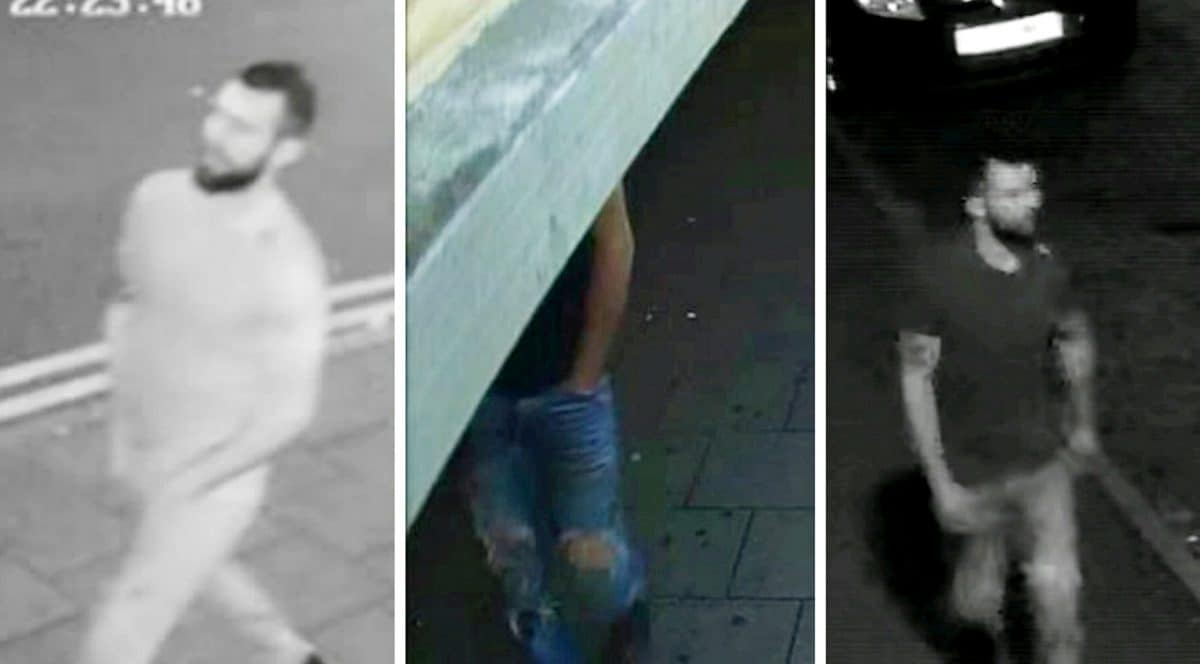 Police have launched a manhunt for a tattooed thug who attacked three women in less than an hour along the same road – brutally raping one of them.

Detectives have released CCTV of the suspect who struck within the space of 60 minutes along Soho Road in Handsworth, Birmingham on September 1.

The first victim was robbed of her necklace before being led to nearby Waverhill Park where she was raped at around 10.15pm.

The 35-year-old woman was left multiple fractures to her arm as she bravely tried to fight off her attacker.

Minutes later a 46-year-old was robbed of her handbag along the Soho Road, which was later retrieved by two Good Samaritan passers-by who chased the offender.

The offender was then caught on CCTV assaulting an unknown female before fleeing along nearby Rookery Road.

West Midlands Police say the suspect is described as being eastern European, in his late 20s to early 30s, with dark brown hair and a goatee beard.

He was wearing a white t-shirt, ripped blue jeans and a black leather jacket with a diagonal zip.

“The first victim suffered multiple fractures to her arm as she tried fending off the attacker.

“The women have provided a good description of the attacker including details of tattoos on his arm, leg and neck.

“We need to trace this man immediately and I’d urge anyone who believes they recognise him, or may have seen him in the area, to get in touch.

“We also need to trace the third victim or indeed anyone else who may have been attacked by the man but not reported the incident to police.

“All information will be handled with the utmost confidence…we just want information that will help us catch the offender and protect the public.”

Anyone with information can contact police on 101 or Live Chat via WMP Online; alternatively contact the charity Crimestoppers anonymously on 0800 555111.