Police said one woman shouted “my children need to eat” as the group argued the barbecue should continue. 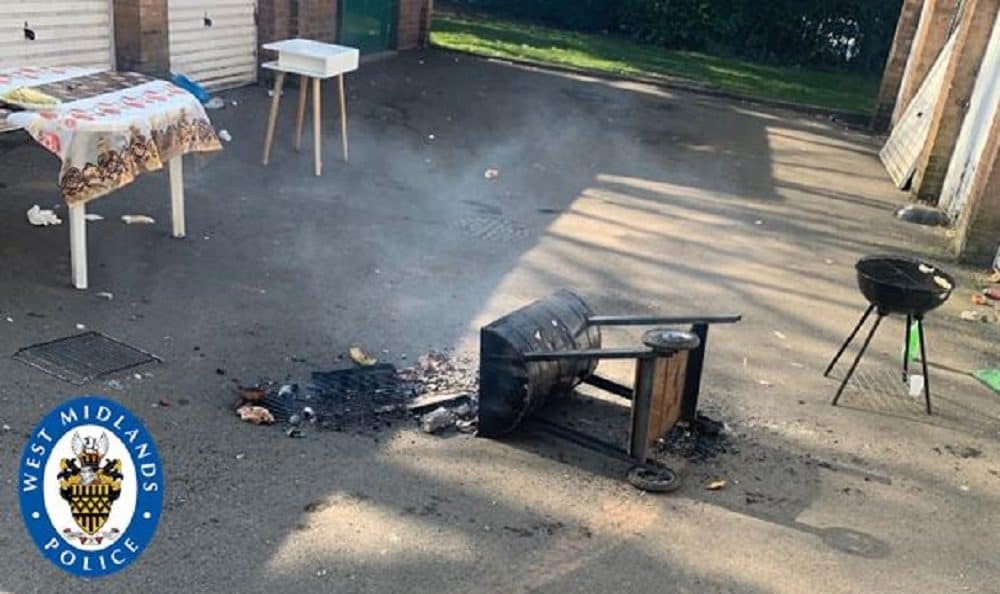 A group of around 20 people have been spotted “standing shoulder-to-shoulder” and tucking into a barbecue buffet during the coronavirus lockdown.

West Midlands Police said their neighbourhood officers were on patrol in Coventry just after 2pm on Tuesday when they smelt food cooking and smoke rising near a block of flats.

They found the group, which included a toddler and people believed to be in their 60s, who were “freely mingling” despite the Government’s orders to stay indoors.

The officers told the group in Foleshill Road, near flats in Culworth Court, that it was unacceptable and they should adhere to the social distancing guidelines.

But the stubborn barbecue-goers refused to pack their buffet up and argued they should be able to continue – with one woman shouting “my children need to eat”.

Police said she could not explain why she was not cooking for them at home in her kitchen.

Tipping the barbecue over

The force said the officers ended the gathering by tipping the barbecue over and insisting the group dispersed to their homes.

In a statement, West Midlands Police said: “It’s vital everyone follows the new ‘lockdown’ instructions; they are essential and it will save lives.

“Our officers and PCSOs will be out and about in communities and speaking (from a distance of two metres) with anyone we suspect is breaching the new regulations.

“If people do not listen to our advice then we will move to enforcement – and our Chief Constable has vowed that we will target the most problematic behaviour.”