'Downing Street December' was spotted in place of the Poems on the Underground spots on the network. 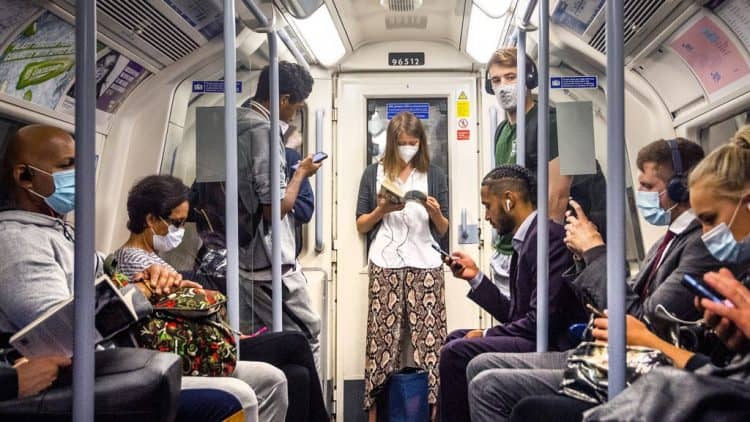 An eagle-eyed tube passenger posted the picture on social media after controversy over festive gatherings in Number 10 continued to dominate the headlines.

The chief whip has insisted that Boris Johnson “will not have lied about any parties” in No 10, saying staff “were not drinking alcohol” and partying during Covid restrictions.

Mark Spencer also claimed the prime minister can not know everything going on in Downing Street with its “hundreds of offices and rooms”.

But not everyone was buying the excuse.

On the London Underground, poems have been replaced with a cutting piece by Mark Grainger which tears into allegations about last year’s antics.

The poem begins with: “If I was posh, and blonde and hard of heart. I’d host a Christmas do at Downing Street.”

Before ending with: “And when drilling the denial with my staff, they’d rehearse the bald-faced lie- and laugh.”

According to the author, although the pastiche was his work, he had nothing to do with it being placed on the tube network.

The story was confirmed by a number of Twitter users.

Much to the delight of the author:

Related: Comedian’s viral satirical song on Govt’s Xmas party is too funny not to watch