"Why am I going on about one wrong graph? Because actually it's not just one graph: in fact the papers are filled with a torrent of this kind of thing." 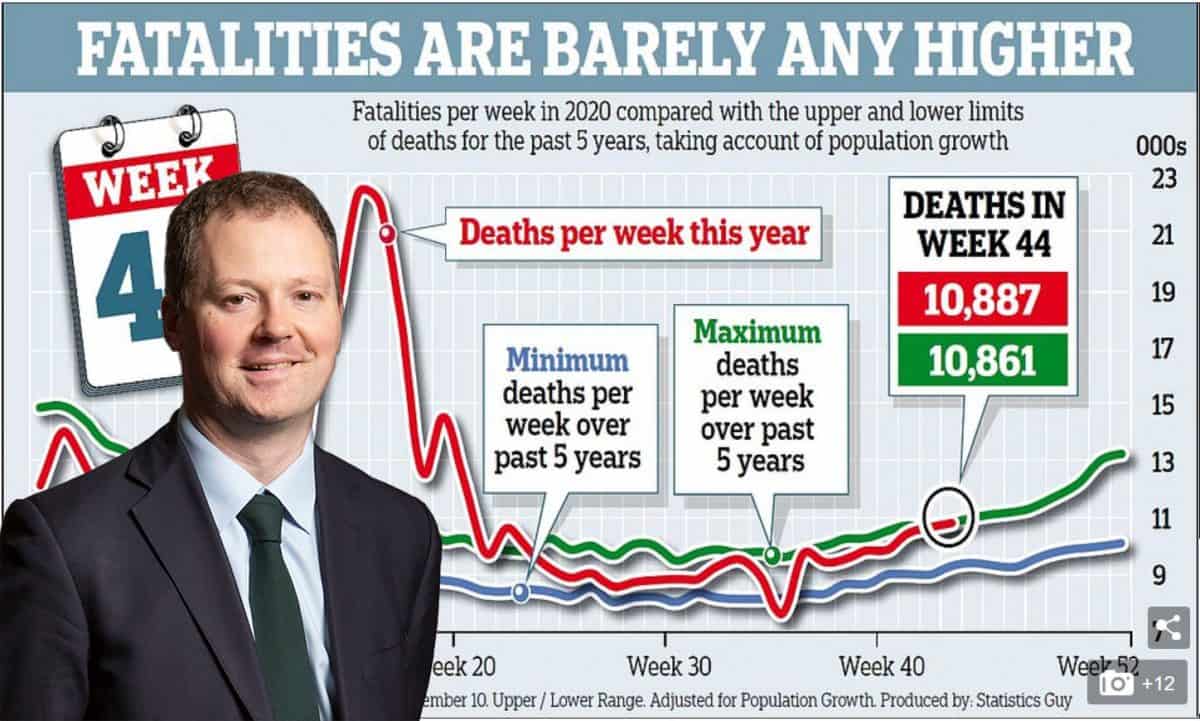 The man who has been lined up to step into Dominic Cummings’ shoes has lashed out at one of the Conservative Party’s long-term advocates in the press after it published misleading data on the coronavirus crisis.

MP Neil O’Brien, who is set to lead a new policy board in No 10 and fill at least some of the policy void left by Prime Minister Boris Johnson’s chief advisor, took to social media to point out flagrant inaccuracies in a Daily Mail chart that claimed fatalities are “barely any higher” than in previous years.

The Daily Mail published this chart. 2 things about it struck me. First, I’d seen the same data from the ONS, which sadly showed excess deaths in recent weeks – in fact higher than any time in the last 5 years. But this chart purported to show just the opposite. First, the Mail: pic.twitter.com/X1ojuc8v9n