One Tweet from the trade sec said: “Clear evidence that the ice caps aren’t melting after all, to counter those doom-mongers and global warming fanatics." 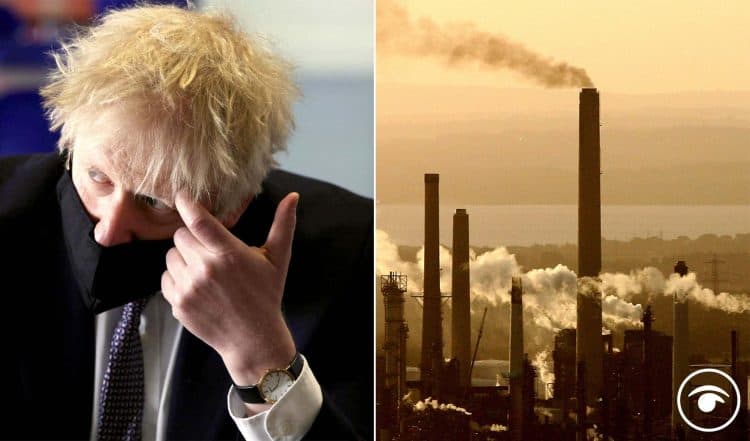 The PM has defended his trade secretary after climate crisis denial tweets resurfaced.

It comes as Boris Johnson has told world leaders he is growing “increasingly frustrated” that their commitments to tackle the climate crisis are “nowhere near enough”.

The Prime Minister warned during a meeting at the United Nations in New York that the gap between what industrialised nations have promised and what they are actually delivering remains “vast”.

He urged them to redouble their efforts to hit a key financing pledge to help developing nations, which he has conceded there is only a “six out of 10” chance of hitting before the UK hosts the Cop26 climate summit in November.

Co-hosting a discussion at the UN General Assembly, the Prime Minister noted that “everyone nods and we all agree that something must be done”.

“Yet I confess I’m increasingly frustrated that the ‘something’ to which many of you have committed is nowhere near enough,” he said.

As he travelled to the US he was asked about the views of his new international trade secretary, Ann-Marie Trevelyan.

A series of tweets sent by Trevelyan between 2010 and 2012 rejected the science of global heating. “Clear evidence that the ice caps aren’t melting after all, to counter those doom-mongers and global warming fanatics,” read one.

Another, sent in support of a campaign against windfarms, said: “We aren’t getting hotter, global warming isn’t actually happening.” A third approvingly shared an article by an explicitly climate emergency-rejecting Twitter account Climate Realists.

In response, to questions about these comments the PM said: “Ann-Marie will do an outstanding job as secretary of state for international trade.” He then went on to raise his own past record as a climate sceptic.

“I don’t want to encourage you, but if you were to excavate some of my articles from 20 years ago you might find comments I made, obiter dicta, about climate change that weren’t entirely supportive of the current struggle, but the facts change and people change their minds and change their views and that’s very important too,” he said, adding: “The fact is the UK is leading the world and you should be proud of it.”

As recently as 2015, Johnson claimed “global leaders were driven by a primitive fear that the present ambient warm weather is somehow caused by humanity; and that fear – as far as I understand the science – is equally without foundation”.

He also wrote an article in 2013 suggesting the government should consider preparing for a mini-ice age caused by solar activity, drawing on a discredited theory by the climate denier Piers Corbyn – brother of the former Labour leader.

Related: Knighthood for Gavin Williamson? These comments put him to the sword