By Joe Mellor, Deputy Editor There have been claims that Cameron wants to force a further forty Tory peers into the House of Lords to ensure no more defeats for his party. It is hoped that this influx of Tory Lords would mean the upper chamber could not block government laws, like it did in […] 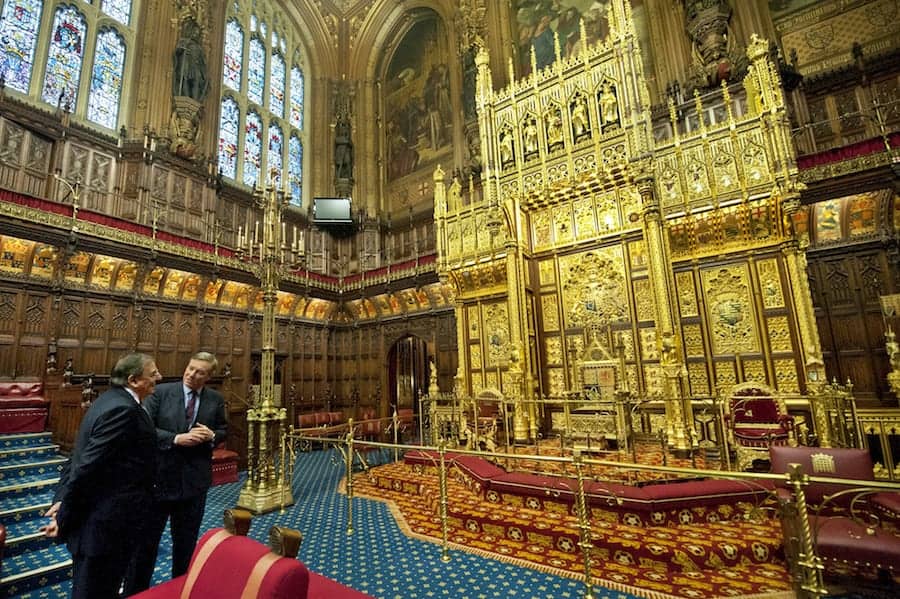 Secretary of Defense Leon E. Panetta is given a tour of the House of Lords by Minister of State for the Armed Forces of the UK, Andrew Robathan, in London, England, Jan. 18, 2013. Panetta is on a six day trip to Europe to visit with foreign counterparts and troops in the area. (DoD photo by Erin A. Kirk-Cuomo) (Released)

There have been claims that Cameron wants to force a further forty Tory peers into the House of Lords to ensure no more defeats for his party.

It is hoped that this influx of Tory Lords would mean the upper chamber could not block government laws, like it did in the case of the tax credit cuts.

Iain Duncan Smith’s plan to cut a vital benefit for sick and disabled people was also halted in the Lords, who returned the policy change back to the commons to be considered again.

Currently the Conservatives have 250 of the 816 members in the Lords, which means they can easily be outvoted by the 108 Lib Dem and 213 Labour Lords.

Douglas Carswell, Ukip MP, is concerned that the PM will grant peerages to donors and supporters of the EU “in” campaign.

Carswell said: “David Cameron should not be handing out peerages to supporters of his in-at-all-costs EU campaign.”

The Prime Minster’s spokesperson dismissed the claims as “pure speculation.”

Labour are also able to nominate new peers in the next round of appointments. However, their leader Jeremy Corbyn won’t put forward new peers until the upper house is reformed.