Ministers have proposed spending an extra £32 million to £50 million on fees for solicitors and barristers handling court cases. 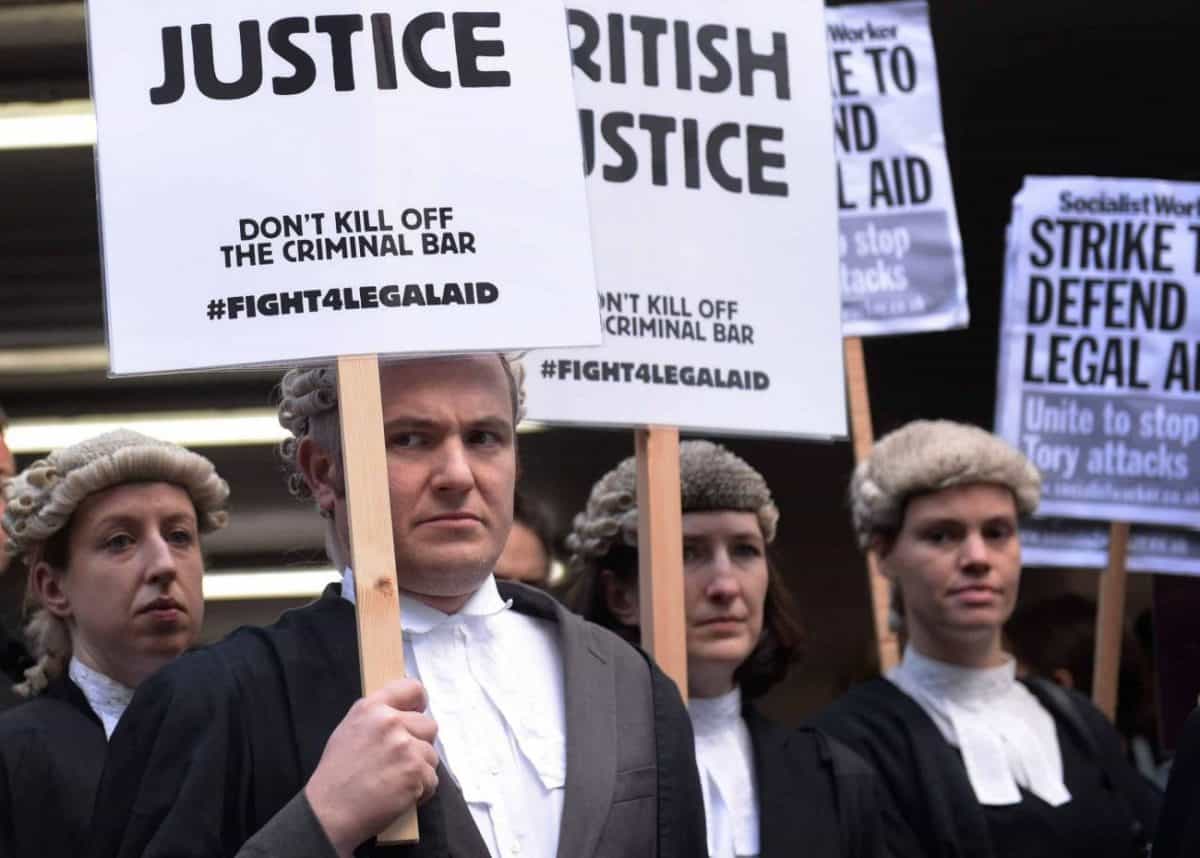 Government plans to increase legal aid fees for criminal lawyers have been branded “woefully inadequate” by campaigners, who described the funding as nowhere near enough to tackle a “deepening crisis”.

The Ministry of Justice (MoJ) is proposing to spend an extra £32 million to £50 million on fees for solicitors and barristers handling court cases.

It said the “changing nature of crime” and new crackdown measures like hiring more police officers and looking to impose longer sentences for serious offenders means “the criminal legal profession is facing an increase in volume and complexity of criminal cases”.

The announcement marked the “first step of a comprehensive review of criminal legal aid and aims to address some of the most pressing concerns of the criminal defence profession,” the department added.

However, the Law Society of England and Wales – which represents solicitors around the country – rejected any suggestion the proposals were “adequate to match the scale of the problem”, saying urgent relief was needed from the “deepening crisis in the criminal legal aid profession” and not in a year’s time.

President Simon Davis said: “The offer on the table from the government is woefully inadequate. It cannot hope to provide a solution.

“We have warned time and again that the very existence of criminal defence practitioners is under threat.

“There are increasingly large areas of the country where there are no defence solicitors available.

“The very notion of British justice is in jeopardy – with victims left in limbo and the accused potentially deprived of a fair trial.”

The plan will for the first time see lawyers paid to review unused material – evidence gathered by the prosecution which is disclosed to the defence but is not going to be relied on in the case.

The material can sometimes run to thousands of pages with lawyers spending up to 24 hours a week reviewing them without getting paid.

The importance of viewing such documents came under sharp focus from the end of 2017 after a string of defendants including student Liam Allan, who was accused of rape, had charges against them dropped when critical material was discovered at the last minute.

A source told the PA news agency the MoJ’s offer had been “just enough” to keep criminal barristers from walking out on strike again and no-one was “happy” but “it’s a start”.

Caroline Goodwin, chairman of the Criminal Bar Association, described some of the proposals as “derisory”, adding: “We deal, on a daily basis, with serious cases with life-changing consequences for victims of crime, witnesses and defendants, and such a rate needs to recognise this.

“There is still much to be done but these first steps are welcomed as part of the wider review.”

Amanda Pinto QC, chairman of the Bar Council, said this was a “welcome first step” for a “modest, stop-gap improvement”, adding: “All those involved in delivering criminal justice must be paid a fair and sustainable amount for the important work they do.

“We believe this interim consultation is an acknowledgement by the Government that the current rates of pay for defence advocates and solicitors are far too low to maintain a functioning criminal justice system.”

A consultation on the proposals so far opened on Friday and closes on March 27.

Justice Secretary Robert Buckland said: “These proposals are an important first step towards reviewing sustainability in the long term, ensuring fair fees and delivering value for the taxpayer.”

Later in the review, the Government has pledged to address concerns on ensuring the most vulnerable in society have access to legal aid.