Charlie Mullins, Pimlico’s founder, revealed that the company’s lawyers are drafting new employment contracts for its 400 employees - which will include the controversial vaccine requirement. 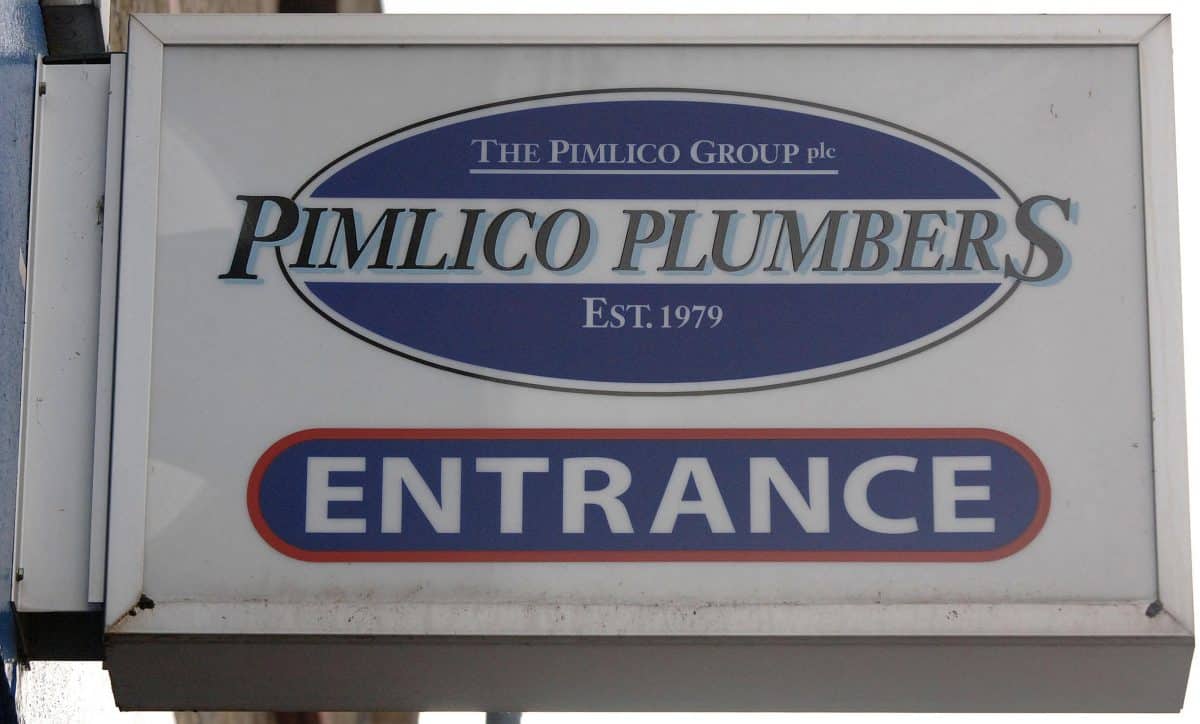 Stock picture of the sign outside Pimlico Plumbers in Lambeth, south London.

Pimlico Plumbers plans to introduce a ’no jab, no job’ policy – mandating that all its workers be vaccinated against Covid-19.

Charlie Mullins, Pimlico’s founder and chairman, revealed that the company’s lawyers are drafting new employment contracts for its 400 employees – which will include the controversial vaccine requirement.

As of Tuesday, the UK has given more than 2.6 million people the first dose of a vaccine – but has given priority to older people and at-risk groups, such as care home residents.

Despite extensive medical trials and testing proving the vaccines to be safe and effective against coronavirus, concerns remain that the anti-vax movement will cause vaccination rates to sag – risking further outbreaks.

In an interview with City A.M., Mullins said: “No vaccine, no job. When we go off to Africa and Caribbean countries, we have to have a jab for malaria – we don’t think about it, we just do it.

“So why would we accept something within our country that’s going to kill us when we can have a vaccine to stop it?”

Other businesses have urged workers to get the vaccine – although most have stopped short of making it mandatory.

In Australia, lobby group the Council of Small Business Organisations, said it would require vaccinations of its staff.

“If one of my staff members says, ‘No, I’m against it’, then I’m going to have to say, ‘I’m sorry you are a threat to my business’,” the council’s chief executive, Peter Strong, told Australia’s 7News

“If you don’t sack them, you don’t have a business, especially if you’re in a high-contact area where you’ve got a lot of customers.”

High street pharmacies in England started rolling out the vaccine on Thursday – with 200 practices able to deliver jabs by the end of the month.

The director of one pharmacy joining the Covid-19 vaccination roll-out as one of the “biggest days of my career” as the site began delivering its first jabs.

Andrews Pharmacy in Macclesfield, Cheshire, is one of six pharmacies in England to begin administering doses as the Government seeks to expand the vaccination programme.

Director Andrew Hodgson, who has owned pharmacies in the area for more than 30 years, described the rush to set up a vaccination site as “a whirlwind”.

He gave the first dose of the Oxford/AstraZeneca jab to 82-year-old Robert Salt at 8am on Thursday morning.

“It is probably the biggest single day of my career,” Hodgson said. “It’s been a bit of a whirlwind. We’ve set this up in three or four weeks from scratch. The whole team is very excited to be part of the rollout.”

Related: ‘Will I end up in a wheelchair?’: Ministers urged to recognise ‘horrendous’ long Covid