The band removed the song from its live sets in the wake of concern over its lyrical content. 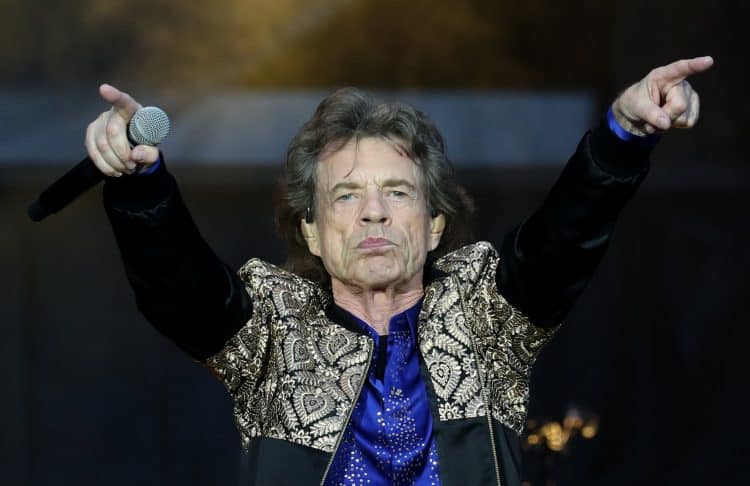 Mick Jagger of the Rolling Stones during their gig at the Murrayfield Stadium in Edinburgh, Scotland.

Piers Morgan has condemned The Rolling Stones’ decision to retire Brown Sugar from their live set amid a backlash over its lyrics, with specific reference to slavery.

Taking to Twitter earlier today, Morgan said: “For the love of god… it’s ANTI-slavery!!!”, followed by an angry-face emoji.

In his latest Daily Mail column on the band being “bullied” into retiring the song, Piers Morgan goes so far to call Brown Sugar’s lyrical themes “relatively tame”, although they discuss slavery, sexual assault, and drug abuse.

Morgan also wrote: “The whole point of the Stones was that they defiantly pushed boundaries and challenged conventional thinking, not behaved like timid little scaredy-cats every time someone sobbed ‘Boo hoo, I’m so offended.’

“Grow a pair, Mick (no apologies to any wokies offended by this phrase), stand up to the woke bullies, and sing Brown Sugar loudly and proudly at the rest of your shows.”

Piers Morgan’s fury follows Mick Jagger and Keith Richards’ joint decision to stop playing their ‘70s hit while on tour. Until recently, it was the second most played song at the band’s concerts, having been played over 1,000 times, following Jumpin’ Jack Flash.

Last played during the band’s 2019 show at the Hard Rock Stadium in Miami, Florida, the LA Times recently quizzed Keith Richards on the song’s absence from their set on tour.

“You picked up on that, huh?” Keith Richards said.

“I don’t know. I’m trying to figure out with the sisters quite where the beef is. Didn’t they understand this was a song about the horrors of slavery?” he said. “But they’re trying to bury it. At the moment I don’t want to get into conflicts with all of this s***.”

Mick Jagger added: “We’ve played ‘Brown Sugar’ every night since 1970, so sometimes you think, We’ll take that one out for now and see how it goes. We might put it back in.”

Coinciding with the song’s 50th anniversary, critics have recently called the song’s lyrics “stunningly crude and offensive”, while in a 1995 interview with Rolling Stone Magazine, Jagger said: “I never would write that song now.

As ever, the topic has started a culture war, with plenty of reactions for and against the band’s decision.

In response to Piers Morgan’s column, one Twitter user wrote: “Couldn’t Agree More Piers. Leftist Woke Hypocrisy. It’s well known what the song is about, and SO WHAT…it’s a great song & I find it joyous & wholly & totally Inoffensive. In today’s parlance, I’M OFFENDED, that some poor little flowers are ‘traumatised’ over a SONG. Grow Up”

Another said: “Because it has the word ‘brown‘ in it, no doubt theirs [sic] some silly c*nt somewhere who finds it racist smh probs with a sack of potato’s [sic] on their shoulder”.

Another Twitter user added: “Wokedom is destroying western civilisation everyday [sic], at the expense of matters of great importance”.

On an unrelated note, one Twitter user weighed in and asked: “What about the song “Young Gifted And Black” if it was Young Gifted and White there would be hell to pay”.

Another said: “I want someone to explain why Billy [sic] Holiday was not condemned for writing ‘strange fruit’”, which was quickly followed by a response reminding the Twitter user that Billie Holiday did not, in fact, write Strange Fruit.

Also in response to Piers Morgan’s article, one Twitter user said: “It’s the fans that pushed back and that’s ok Piers. Shows a sign of respect, that what was once accepted maybe isn’t now. Man you are stuck in 1982”

Others have agreed with the band’s decision to retire the song: “Yeah Piers I agree, there’s nothing offensive about a white bloke blatantly singing about the enslavement, abuse and sexual assault of black women”.

“It’s just disgusting… Why? Simply because the lyrics are a big reminder of a slave master being a racist and enjoying non consequential paedophile acts. Btw you lot will never experience slavery and racism so talking about this and glorifying this painful situation, SO CRAZY !”

“Overplayed song by an overrated band anyway. It’s about time they retired. What difference does it make to you anyway? Do you go watch them live every tour? If you don’t, then it doesn’t matter. You can still listen to it whenever you like”.

“A middle aged white man preaching what he knows not about.”