by Nathan Sandhu
in Environment, News 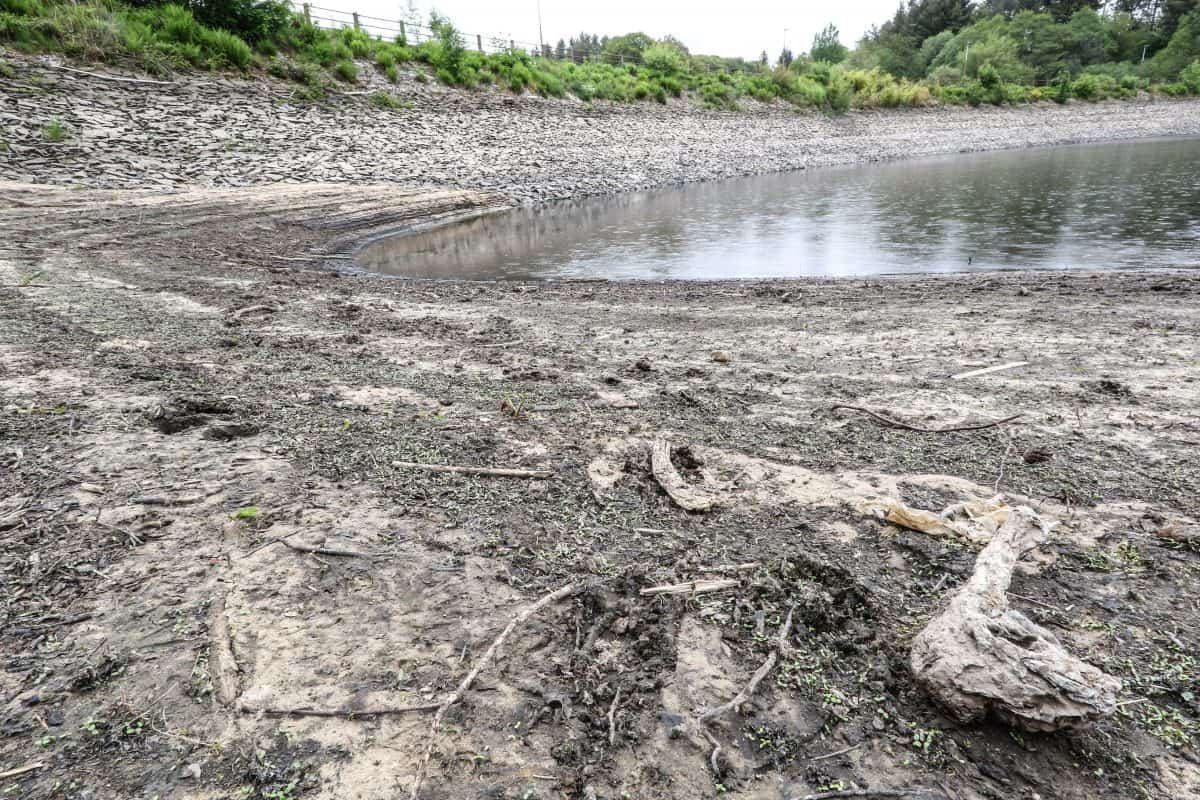 These dramatic photos show parts of a reservoir which is on the verge of totally drying up – leaving just a bed of cracked MUD.

Wayoh Reservoir is normally full to the brim with 500 million gallons supplying 50% of the drinking water to Bolton, Greater Mancs.

But lower than average rainfall during the month of May has meant water levels have receded with deep cracks now appearing in a desert-like landscape.

Photos of the scene taken by Phil Taylor show the parched bed of the reservoir.

The Met Office said the rainfall currently during May was only 45 per cent of what you would expect during the month.

Water bosses said there have not been any reported shortages so far but they have encouraged people to use water wisely.

Grahame Madge, a spokesman for the Met Office, said: “It has been really dry.

“Lancashire has had between half and three quarters less of the rainfall you’d expect to have.

“So there has been 31.3mm of rain on average so far this month which is only 45 per cent of what you’d expect in an average May.

“Heavy rain is expected to be on the way tomorrow though so this could change the figures a little.”

Forecasters said Lancashire has had 193 hours of sunshine, which is about average for May.

Mr Madge added: “It’s been a pretty average month for sunshine and temperature with rainfall less than average.

“Many factors will affect reservoir levels including usage and how much rain there has been over a longer period.”

Data on the website of North West water company United Utilities also shows average reservoir levels for Pennine sources is 82.5 per cent this year compared to 85.3 per cent last year when water levels at the Wayoh Reservoir were also low.

The warmest May on record and a record-breaking amount of sunshine were blamed for last year’s low water levels at the reservoir.

A spokesman for United Utilities, the North West’s water company, said: “Like everywhere in the UK, it’s been fairly dry and some reservoirs are slightly lower than usual for the time of year.

“Here in the North West, we can move water around our regionwide network and this helps us manage our resources for the benefit of our customers and the environment.

“We always encourage people to use water wisely whatever the weather.”

Wayoh Reservoir is a water reservoir in the town of Edgworth, Lancashire, England. It was completed on 28 April 1876 to supply water to Bolton.

Together with the Turton and Entwistle Reservoir, Wayoh makes up 50% of Bolton’s drinking water.