The shells of tiny rockpool crabs which are often spotted along Britain's coasts include several colours and patterns to distort the outline of their bodies. 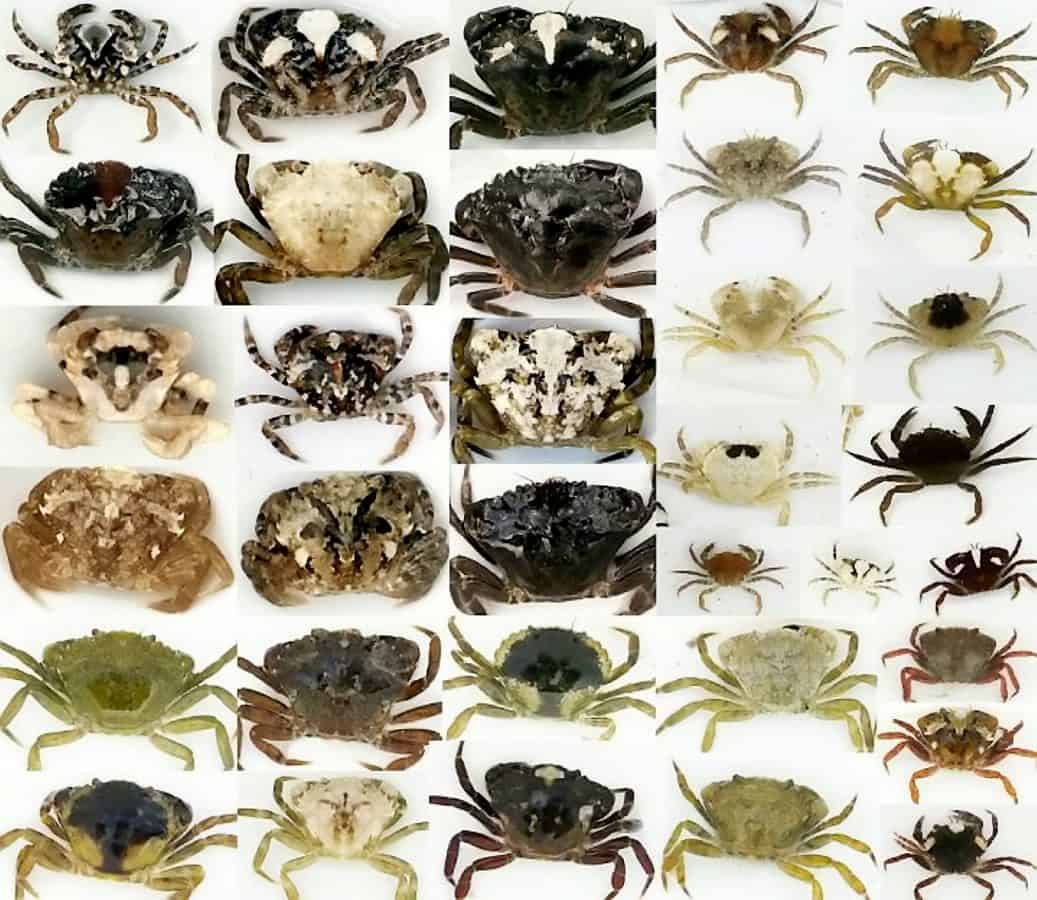 Crabs change colour depending on their environment, despite being part of the same species, scientists say.

The shells of tiny rockpool crabs which are often spotted along Britain’s coasts include several colours and patterns to distort the outline of their bodies.

This helps them blend into their surroundings.

But if the same species lived in mudflats, their shells would instead only contain brown or dark shades to camouflage into their habitat and avoid predators.

It was discovered that the shells of shore crabs contain high contrast patterns to break up the appearance of the body outline to avoid predators – a tactic named “disruptive colouration.”

Professor Martin Stevens from the university’s Centre for Ecology and Conservation and his team placed themselves in the eyes of predators using a visual simulator to test out the crabs’ camouflage against fish and birds.

He said: “The crabs are highly variable in colour and pattern and are often extremely difficult to see.

“We used image analysis simulating predator including bird and fish vision to test how shore crabs camouflage themselves.

“As we predicted, rock pool individuals had significantly higher levels of disruption and this seems an effective way to disguise the body’s outline in the complex rock pool backgrounds where matching the colour of the environment is often not possible.

“In contrast, mudflat crabs closely matched the mud in terms of colour, brightness and pattern but lacked high-contrast disruptive markings that might give them away in the uniform mudflat environment.”

The study published in Scientific Reports is the first to use real animals and habitats to show the tiny creatures’ extraordinary levels of adaption.

Professor Stevens added: “Shore crabs are often assumed to be dull and green but in fact they can be extremely colourful and every individual can look completely different.

“Our study goes part of the way to explaining why shore crabs are so diverse.”